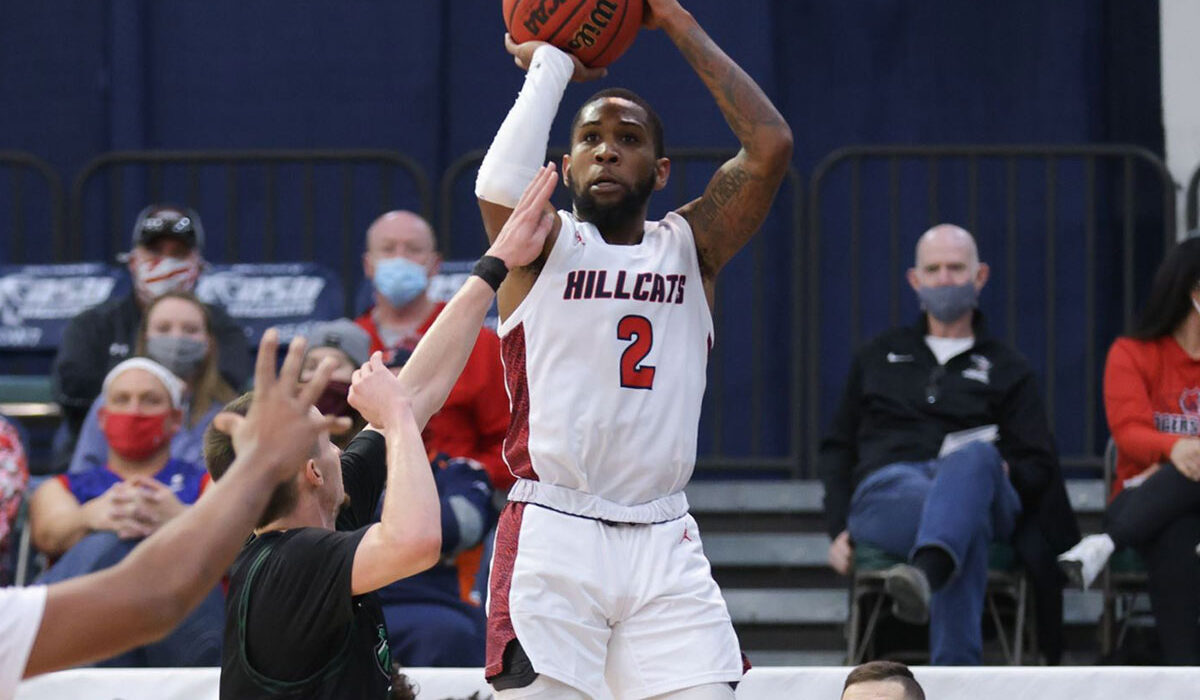 CLAREMORE – The Rogers State men’s basketball team picked up a 74-67 win against Northeastern State in MIAA play on Saturday at the Claremore Expo Center.

The two teams began the game battling, as there were three lead changes and six ties in the first half of action.

A jump shot from Senior Darraja Parnell at the 10:28 mark sparked an 11-0 Hillcat run in the first half. The RiverHawks regained the lead with 1:36 left in the first half, after hitting on a pair of free-throws and would head to the locker room at the half with a 30-26 advantage over the Hillcats.

After Northeastern State tied the game at 33, Rogers State went on an 8-0 run to take control early on in the second half.

Midway through the second half, the RiverHawks would cut the deficit to just four at 49-45, but that would be as close as the visitors would get. Rogers State would immediately respond with a 7-1 run to go back up by 10 points.

The Hillcats extended the lead to as much as 11 in the final minute to seal the victory.

Pullum led all scorers with 31 points, sinking four three pointers and, while also going 13-for-14 from the free-throw line. He also had three assists and a pair of rebounds.

Sophomore Jett Sternberger finished with 11 points, shooting a perfect 7-for-7 from the free-throw line. He also recorded two rebounds, two steals, and an assist.

Sophomore Destin Eke finished with nine points, shooting 4-for-5 from the field. He was one point shy of back-to-back double doubles, as he recorded 10 rebounds, along with a block.

Senior Brewster Peacock finished the game with nine rebounds. He also added four points, one assist, and a block.

The Hillcats have won three-straight games, all at home, to begin 2021. Rogers State has won four of the last five games overall after starting the season 1-4.

Rogers State is set to hit the road for the first time in 2021, as the Hillcats begin a two-game road swing with a trip to Jefferson City, Missouri to take on Lincoln University on Thursday, January 21. Tip off is set for 7:30 p.m. at Jason Gym in the capital city.