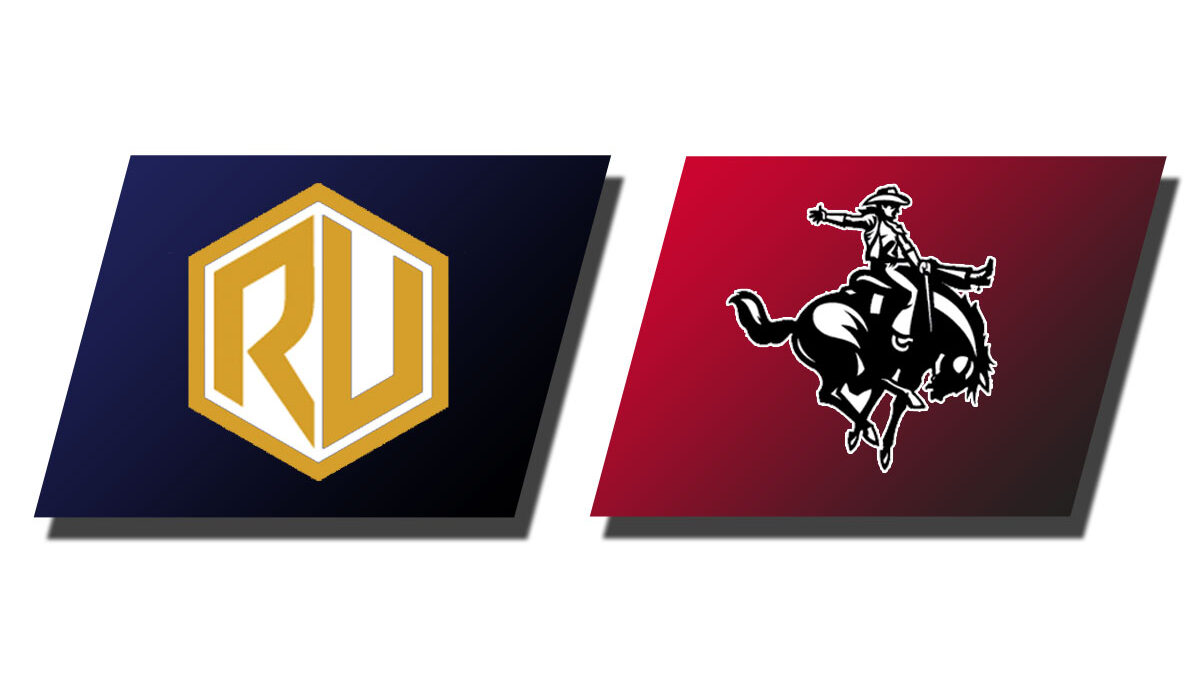 ALVA – Rangers complete non-conference play with their second consecutive victory in as many days with their 94-77 win over Randall University. Northwestern’s starting lineup took control of this game with 81 combined points to help carry the team to the Saturday afternoon victory.

The Saturday afternoon victory was a milestone for Head Coach Vinay Patel as it marked his 100th career victory.

“I’m thankful to every player who has played for me, and every coach I’ve worked with…there are a lot of people that deserve credit when it comes to winning,” Patel said. “We will continue to push our players to excel on and off the floor and am excited about the journey ahead for this year” stated coach Patel after the game.

The Red-and-Black were led by junior RJ Mason with 25 points this afternoon, followed by senior Deon Barrett at 23 points, and senior Parrish Hewitt adding 17 points. Senior Bubba Furlong added his second consecutive double-double with 12 points and a game-high 10 rebounds. Defensively the Rangers forced 14 turnovers, as Arturro Bingham contributed two steals. Furlong added three of the teams’ four blocks in this one.

Rangers displayed team basketball in this game as the team assisted on 51% of their made field goals finishing with 18 total assists with nine different players getting at least one assist.

Randall would open the scoring with a basket from Malik Martin as the Saints opened with a 4-0 lead. Things would quickly change for the Rangers after a defensive struggle to start the game between both teams. The game would begin to change, however, as the Red-and-Black would rattle off five straight points to take their first lead of the game. The teams hit a stalemate early on in the game as neither team could gain control after trading basket for basket. Randall would have their last lead of the game at 18-16 with 11:38 in the opening half.

Rangers started to find their rhythm after the Saints evened the score at 20-20 as Barrett would trigger a quick 8-0 run with four straight points of his own. The home team would follow that run with another one as a 16-2 run would open a 41-27 lead in the first half. Hewitt would rattle off two free throws to give the Rangers their largest lead of the first half at 17. Randall would close the half on a 7-0 lead to cut their deficit to 10 right before the break. Barrett led the team with 19 points at intermission as the Rangers led the Saints 49-39 after shooting 42.5% from the field and 37.5% from deep.

The second half opened with a layup by Furlong to widen the margin back up to 12, before the Saints would get a three-pointer from Brent Clark to cut Ranger lead under 10 points for the first time since the 4:37 mark in the first half. Randall would get their deficit to as low as eight before Furlong sparked another Ranger run, this time a 19-2 run opening up a 25 point Ranger lead after Jack Peck drilled a three-pointer to go up 73-48, which would be the largest lead for the home team.

The visiting team would do their best to come back as they dove into the Ranger lead bringing the deficit to 14, as it was, 88-74, but it was too late. Jack Peck would put the closing numbers on the game with two foul shots to give the Rangers a 94-77 win to conclude conference play.

“I’m really excited to see our team get off to a good start,” Patel said. “These guys have worked their tails off to get to this point in our season, and we are focused on getting better each day. We are going to continue to try and eliminate mistakes and improve as we get ready for conference play. Randall has a great program and will be very successful this season.”

The win improves the Red-and-Black to 2-0 on the season, as the team gets set to start conference play this upcoming week as the team plays host to Southern Nazarene on Thursday, Jan. 7 and Oklahoma Baptist on Saturday, Jan. 9, both following the Lady Rangers game.