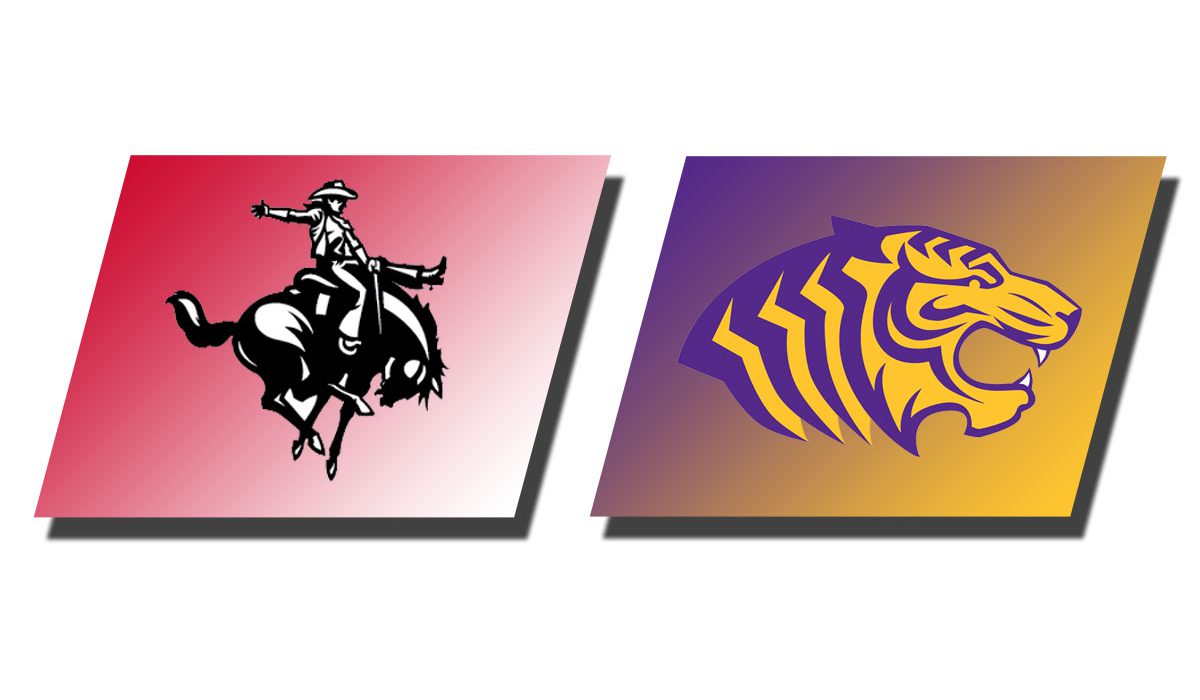 The Rangers were unable to score on the final drive of the ball game and were defeated by a final score of 31-28 in the 2017 season opener. Northwestern’s defense rebounded in the second half of the game after giving up just over 200 yards on the ground in the first half and held the Tigers to less than 50 yards on the ground after the halftime break.

Ranger quarterback Isiah Weed took the Ranger’s starting quarterback role after an intense fall camp competition and completed 19-of-27 attempts for 178 yards and two touchdowns and picked up 42 more yards on the ground on eight carries in his debut in the Black-and-Red. The tandem of redshirt sophomore Jacob Peyton and redshirt junior Anthony Cota combined for 136 yards on the ground and two touchdowns.

The Rangers offense generated 363 yards of total offense, while the Tigers used their ground game in the first half to total 455 yards for the game.

The Northwestern offense capitalized on their first drive of the 2017 season with a 31-yard run right up the gut from Cota for the first points of the ball game at the 6:39 mark of the first quarter. The score would also be the first of the Division II year as a whole. Setting up the score was, sophomore sensation, Maurice Wright Jr., who swung the momentum in favor of the Rangers with a forced fumble after the Tigers marched down the field 54-yards on their opening drive. Cornerback Erick Cook jumped on the loose ball and allowed the Ranger offense to open up the scoring in the contest.

Wright led the defense with nine tackles along with safety Doc Harvey and linebacker Devin Peyton.

The lead was short lived however as the Tigers took advantage on a pass interference call in the end zone on third and long on the Rangers and tied the game up at 7-7 thanks to a seven-yard rush by running back Shun’cee Thomas.

Weed began his Ranger debut in solid form, completing five of his first six completions of the game. Weed connected with a receiver down the sideline on a long third down, but the play was negated by yet another Ranger penalty. Northwestern was flagged three times for 35 yards in the first quarter alone.

The Minot State transfer quarterback, Weed, connected with receiver Dashawn Gordon on the ensuing third-and-long play following the penalty for a gain of three yards, forcing a Blake Humble punt and giving the Tigers their third possession of the contest beginning the second quarter of play.

The Weed-to-Gordon connection began early and continued throughout the game as Gordon totaled 10 receptions for 93 yards and a score, leading the team in both catches and yards.

Thomas opened up the second quarter with a 25-yard rush down the left side before Cook came from behind and knocked the ball lose for another forced fumble for the Red-and-Black. The loose ball rolled out of bounds, allowing Ouachita quarterback Austin Warford to scramble on a third-and-16 for a 21-yard gain, setting the home squad up at the Ranger 17-yard line.

Ouachita tailback Barry Bennett took the ball three plays later and scored the Tiger’s second rushing score of the game to tack on back-to-back unanswered scores. The Tigers totaled 174 rushing yards on their first three possessions of the ball game alone as the Rangers got their feet wet in new defensive coordinator, Ken Gordon‘s defense.

A three-and-out on the next possession for the Rangers was followed up with a five play 68-yard drive capped off by Ouachita’s Thomas, which was his second rushing score of the evening.

Northwestern regained some momentum after three straight scores from the Tigers with a deep connection from Weed to Gordon to get back onto the Tiger’s side of the field.

Weed and Gordon continued their solid chemistry and connected once again later in the drive on a key fourth-down conversion, setting up redshirt freshman Gavin Garner for a leaping 22-yard touchdown reception from Weed to bring the score to 21-14 with 3:25 remaining in the first half.

Coach Gordon’s defense showed their teeth and held the Tiger’s offense to a field goal to bring the scoring tally to 24-14 in favor of the Tiger’s moving into the halftime break.

The Rangers opened up the second half of action with an up-tempo 55-yard drive all the way down to the Ouachita 19 yard line that was unfortunately ended by Weed’s first mistake of the contest in the form of an interception on a pass intended for sophomore Horatio Smith.

The explosive target Smith was keyed on heavily by the Tiger defense and kept relatively in check with two receptions for 35 yards.

The Rangers defense came back out onto the field and held steady on a long drive by the Tigers and came up with a key third-down stop at midfield. The Rangers special teams blundered on the punt however, and allowed the ball to hit a Ranger and keep the ball in the hands of Ouachita, set up at the Northwestern 10-yard line.

Following the unfortunate change of possession when it looked like the Tigers were in position to extend their lead, the defense for the Black-and-Red made a game changing hold in the red zone, setting up a missed field goal for the Tigers at the 3:42 mark of the third quarter.

Head coach Matt Walter made a change at quarterback going with Jake McClurg to open up the drive down 24-14. After two slow plays to start the drive, Smith and Peyton put together back-to-back big gains to take the ball all the way down to the Ouachita 19-yard line at the end of the third quarter.

A facemask call on the Tigers on the ensuing third down play set up the Rangers at the Tiger’s eight yard line. Two short runs following the penalty set up a Peyton five yard rush to pay-dirt right up the gut of the Ouachita defense. The extra point brought the Rangers back to within three, down 24-21 with 12:50 remaining in the ball game.

The rejuvenated Ranger defense jumped on board with the new-found momentum and forced a quick three-and-out for the Ouachita offense which was highlighted by a sack on third-and-long by Wright. Coach Walter sent Weed back out to captain the offense with decent field position at the Ranger 42-yard line with 11:03 left on the clock.

Following a three-and-out by the Rangers offense, a circus catch by the Tiger’s Drew Harris was negated by a holding penalty on second-and-10 from their own 10-yard line. Another penalty on the following play, this time against the Rangers, gave the Tigers a fresh set of downs with just over 10 minutes remaining in the game from their own 21-yard line.

A huge 43-yard connection by Ouachita on third and eight moved the ball all the way down the field to the Northwestern 34-yard line. Adding to the recent air raid by the Tigers, another deep pass over the middle set up the home squad for a three-yard rush for a touchdown on the direct snap to Drew Harris, extending their lead to 31-21 with 6:19 left in the game.

A gutsy fourth-down conversion was executed in the form of a quick strike from Weed to Gordon on fourth and two to jump start the ensuing drive. Northwestern continued to march all the way down the field and capped off the drive with another connection from Weed to Gordon to bring the Rangers back to within three with 3:06 remaining, down 31-28.

With 3:06 remaining on the clock, the Tigers went back to their run game and picked up a key first down, forcing a Ranger timeout with 2:16 remaining in the contest. Two more run plays by the Tigers set up a crucial third and three at the Ouachita 43 with 1:26 remaining on the clock. Redshirt sophomore Qua’shawn Gray came streaking through the Tiger offensive line and made the game-saving tackle for the Rangers on the third down play to force a Tiger punt with 37 seconds left in the contest.

Weed drove the Rangers all the way down to the Ouachita Baptist 42-yard line, but was hit in the pocket and coughed up the football to put an end to the thrilling season opening contest in heartbreaking fashion.

The Rangers will return home on Sep. 9 seeking their first victory of the season at Ranger Field following their gutsy second half showing against the Tigers. Kick-off is set for 6 p.m. against Arkansas-Monticello in the 2017 home opener.