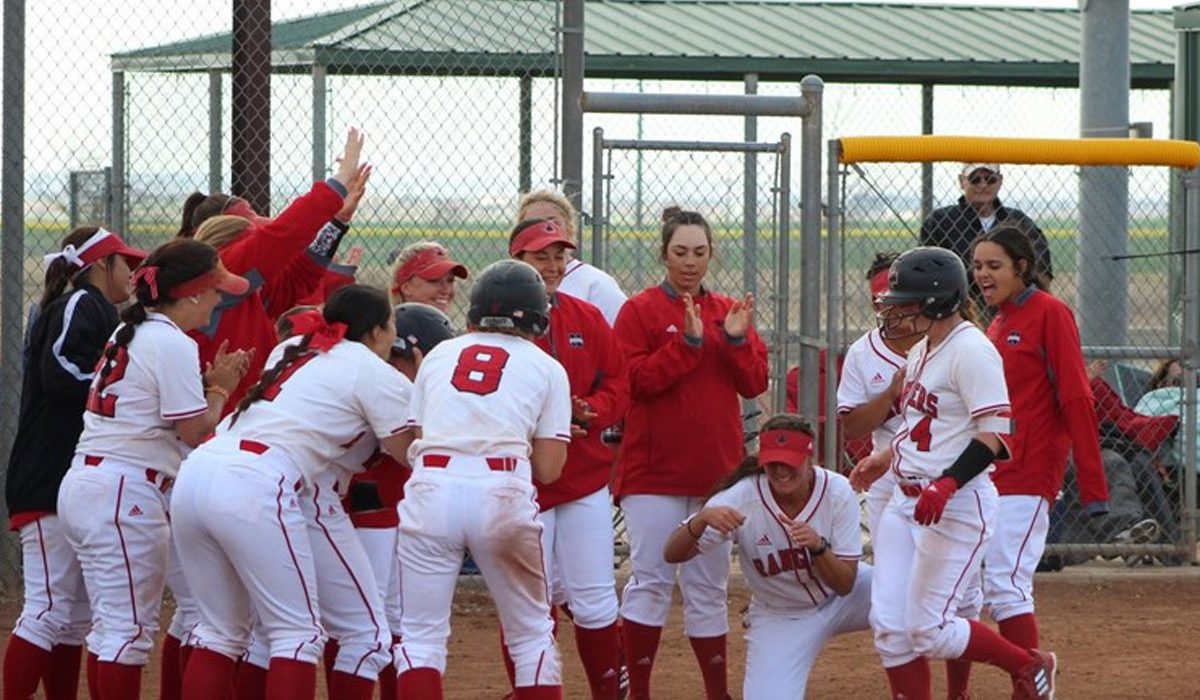 GAME 1
The Northwestern bats showed up in the first outing of the afternoon as a hit parade was in effect, especially late in the game. The Rangers combined for 11 hits, three of which were two-run homers.

Three different Red-and-Black players had two-hit games, in Madi Parrott (2-for-3, HR), Madison McGraw (2-for-4) and Peyton Garrett (2-for-3). The other homeruns were hit by Morgan Kirk and Jordan Sutton, both coming in the six-run seventh inning.

Madison Garza took the circle in the 2 o’clock contest and pitched a gem, going the full seven innings where she K’d eight batters, while giving up just five hits and two runs.

The hosting Bulldogs made the first move on a Kinsey Skroh homer to left field, making it 1-0. The lead would last through the fourth inning, but in the top of five, the Rangers responded with a homerun of their own.

Parrott sent the ball sailing down the left field line and over the fence, scoring Garrett on the play. The bomb gave the Rangers the lead 2-1.

Ricken and Garza shut down the opposing offenses over the next inning, going 1-2-3 in each frame, but Northwestern opened it up in the top of the seventh, knocking out the SWOSU pitcher in the process.

Brittany Corrales started things off for the visitors in the top half of the final inning, singling up the middle, and the hits kept coming from there. Estes singled to third and was pinch ran for by Katie Bell who was immediately moved up the base path to third on a single to left field by Garrett. The single scored Corrales, pushing the lead to two.

The Rangers weren’t done yet however as Parrott was able to bring Bell to the plate on a SAC fly. Kirk then hit her sixth dinger of the season, brought Garrett around to score. Just two batters later, Sutton hit a two-run shot of her own to make it a commanding 8-1 lead.

Southwestern was able to hit one more homerun, but it wouldn’t be enough as Garza and the Ranger offense was too much in the first game.

Karly Murray got the start in the second of the twin bill where she went the distance as well, giving up four runs, but had the run support by her teammates to vault her to the win.

Once again, the Northwestern offense came to play, collecting 13 hits altogether which included four homeruns on the bats of McGraw, Macy Madewell, Jada Overby and Bell.

Bell had a game at the plate where she was 3-for-4 and led the team in hits. McGraw was the only other Ranger to have a multi-hit game, going 2-for-3 at the dish.

For the second straight game, Southwestern started the game off with a homerun, but it was a quick response again by the Rangers who put up two runs of their own in the second to take the lead over their rival. The two runs came off the bat of Bell, who hit her very first homerun as a Ranger, which was a big confidence booster for her and the team.

Adding the run support up for Murray, the Rangers had another homerun head their way as McGraw joined the party, earning her fourth of the year, which extended the lead to three runs.

Not to be outdone however were the Bulldogs who put up two scores, one on a dropped fly ball and the other to a single to center field. The two runs inched the hosts closer, but the Rangers still maintained the advantage.

Northwestern kept the pedal to the metal though in the top of the sixth inning where Overby launched her first career homerun in a Ranger uniform, making it a 5-3 lead. Not long after, a SAC fly by McGraw scored Bell, an RBI walk and an RBI single by Corrales brought the score to 8-3 for the visitors.

Murray remained solid in the bottom half of six, where she only allowed one on and stranded her there as her teammates were able to give her a clean inning.

The Red-and-Black started off the seventh with a single by Bell and she was eventually brought around to score on a Fielder’s Choice by Faith Sanders in her first plate appearance of the season.

Southwestern was only able to produce one more run in the game, but it wouldn’t be enough as the overpowering offense of the Rangers led to the visitor win.

UP NEXT
The Rangers will hit the road again this weekend where they will travel to Southern Nazarene for a four-game series with the Crimson Storm. Games are scheduled to be played on Friday and Saturday with the opening day games beginning at 2 p.m.