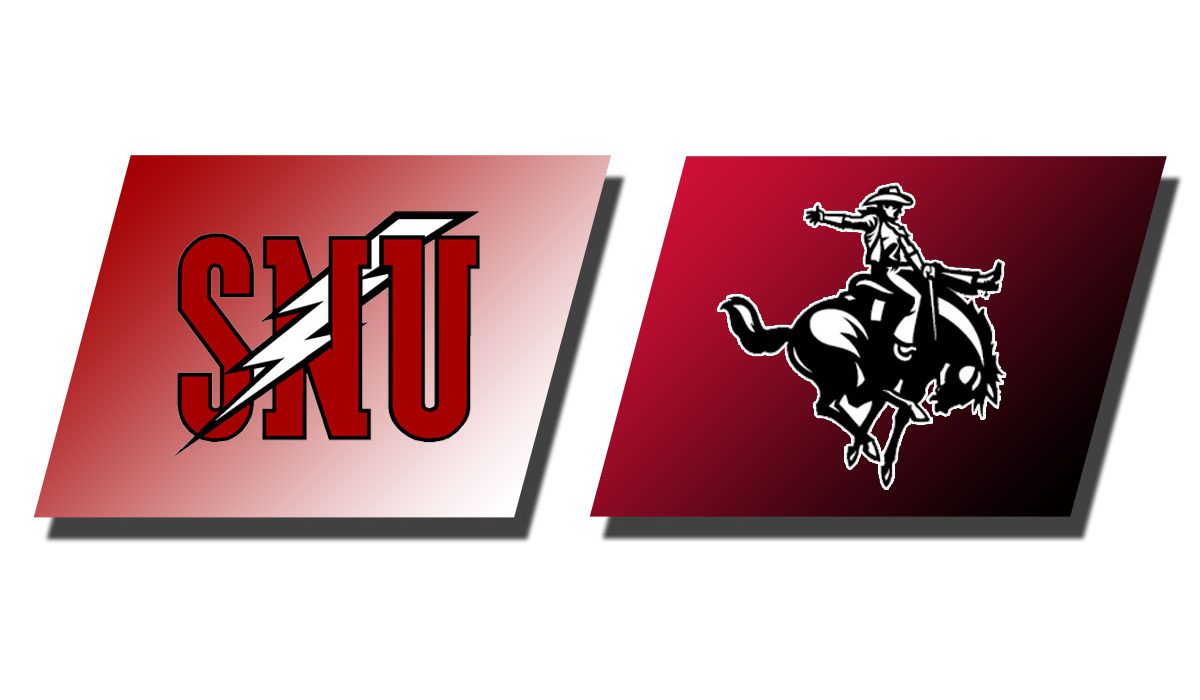 ALVA – In a battle of regionally ranked teams, the Northwestern Oklahoma State Rangers (18-6, 14-5 GAC) played host to the No. 10 ranked Southern Nazarene Crimson Storm and pulled off the win in a wild 53-52 buzzer-beater finish.

SNU came into the game undefeated in Great American Conference play at 18-0 and 21-1 overall, but left Alva with a blemish in their conference record.

In a low-scoring defensive game, there were still three Rangers who finished with 10 or more points on the afternoon as Treyvon Andres led the way with 14, while also pulling down seven boards.

The ballgame started out and remained how you would imagine the one vs. two game going in conference play… An instant classic.

The two teams were about as close in numbers as you can get, as each squad had 16 points in the paint and two fast break points a piece. Where the numbers changed however were from the bench and points off turnovers where the Rangers prevailed in the categories with 20 bench points compared to the 16 of SNU, while also cashing in on turnovers with 12 points to the Crimson Storm’s two.

There were five total lead changes the entire game, while the score was tied four times and all by the Rangers.

In perhaps the biggest game of the year so far in the GAC, it wasn’t a battle of offenses, but a game of who could get the last stop.

It didn’t take long to see that neither team was going to give up many baskets as the score at halftime was just in the mid-20’s.

Southern Nazarene struck first in the contest on a three-point bucket by Jhonathan Dunn, but was answered pretty quickly by Green on the other end.

The largest lead of the first half for the visitors from Bethany, Okla. was six points at 21-15, but the Rangers erased that in a matter of minutes and took the lead on a Green free throw and extended it to four, following a big three by Minor.

Northwestern led at the half by just a point and it would prove to matter in the end.

Out of the gates in the second 20 minutes of play, it looked like the Crimson Storm might try and run away with it as they came out on a 9-0 run to begin the second.

Northwestern started to get back in it, only down four, but the guests pushed it back to eight at 43-35 with just under 10 minutes to play in regulation.

The Black-and-Red had other plans however, mounting a 7-0 run to bring it back to a one-point ballgame, but once again the Crimson Storm knocked down another timely basket to push it back to three.

Both offenses went ice cold over the next several minutes, but with just under two minutes to play, the game got more interesting as Andres hit back-to-back jumpers, one of which was a three-pointer that brought the game back to all square at 50-50. The trey was undoubtedly the biggest of his Ranger career thus far.

With just three and a half seconds left, SNU grabbed the offensive board and put it back through to take the lead, but the Rangers hadn’t completed what they set out to accomplish quite yet.

The speedy Green took the inbounds and raced just across halfcourt and put up the shot heard around the GAC that was banked in off the glass to take down the nationally ranked Crimson Storm.

Northwestern will next host the rivals from Southwestern Oklahoma State in a game that is sure to be a raucous one inside Percefull Fieldhouse on Monday night at 7:30 p.m.