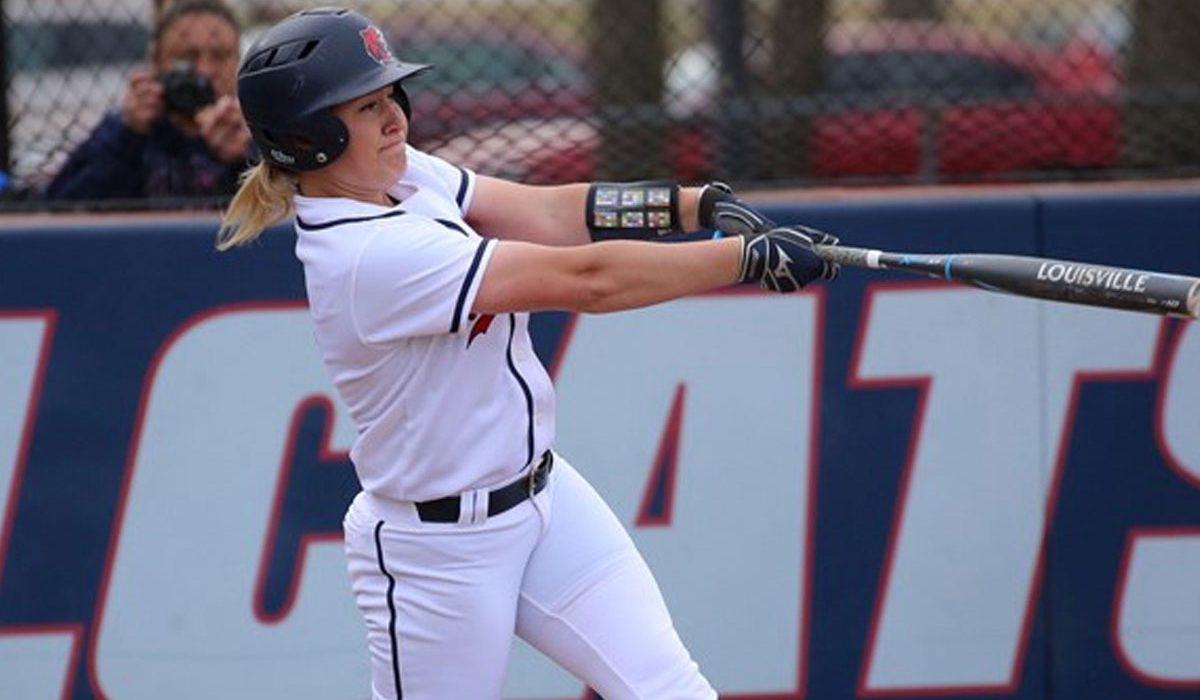 CLAREMORE – Rogers State picked up a doubleheader sweep of Newman University Friday evening, winning 5-3 in game one and 8-7 in extra innings in game two. Tailee Redding hit three homeruns on the day and had the game-winning, walk-off hit to lead the Hillcats.

In game one, Andrea Morales was perfect through five innings, as Newman wouldn’t get a base runner until the sixth. However, Newman would pick up two runs with a homerun in the inning, cutting the lead to 3-2 at the time.

Morales would finish with three runs against on three hits and nine strikeouts. Morales did not allow a walk.

Rogers State took the lead with a two-run homerun to left field from Tailee Reding in the third. Rylee DeLozier would bring home the third run for the Hillcats with a double to center field in the fourth inning that scored Faren Walker.

In the sixth inning, the Hillcats would add two more runs as Taylor Malett scored on an error and Katelyn Gamble singled home Walker.

Newman would add a homerun in the seventh, but the Hillcats held on for the victory.

In game two, the Hillcats would take a 2-0 lead in the bottom of the first inning. Reding hit her second homerun of the day to put Rogers State ahead. Then, after loading the bases, DeLozier would draw a walk as Danelle Dayscored to cap the scoring in the inning.

Newman would get one run back in the second inning, scoring on a sacrifice fly, but Reding would launch her third homerun of the day to put the Hillcats ahead 3-1.

The visitors would take the lead in the third inning, capitalizing on an error to plate three runs.

Rogers State didn’t trail for long as the Hillcats would load the bases again and walk in a run as Malett looked at four-straight balls.

Mikayla Waggnor would put the Hillcats back in front in the fourth inning with a towering solo homerun to left field.

Newman would then answer back with two runs in the sixth and a run in the seventh to take a 7-6 lead.

The Hillcats would fight back, however, battling in the bottom of the seventh to force extra innings. Sierra Skaggs drew a pinch hit walk and then was pinch run for by Jaylan Gibson. After moving to second on a sacrifice bunt, Gibson scored on a RBI single to right by DeLozier, tying the game.

The Hillcats would get runners to second and third in the eighth inning but were unable to get the winning run across. Newman would do the same thing in the top of the ninth, but were held scoreless as well.

In the bottom of the ninth, Rogers State would put runners on second and third again. Redding then gave the Hillcats the win as she hit a single back up the middle to score DeLozier from third.

The Hillcats and Jets will wrap up the series on Saturday with game three set for a noon start at the Diamond Sports Complex.