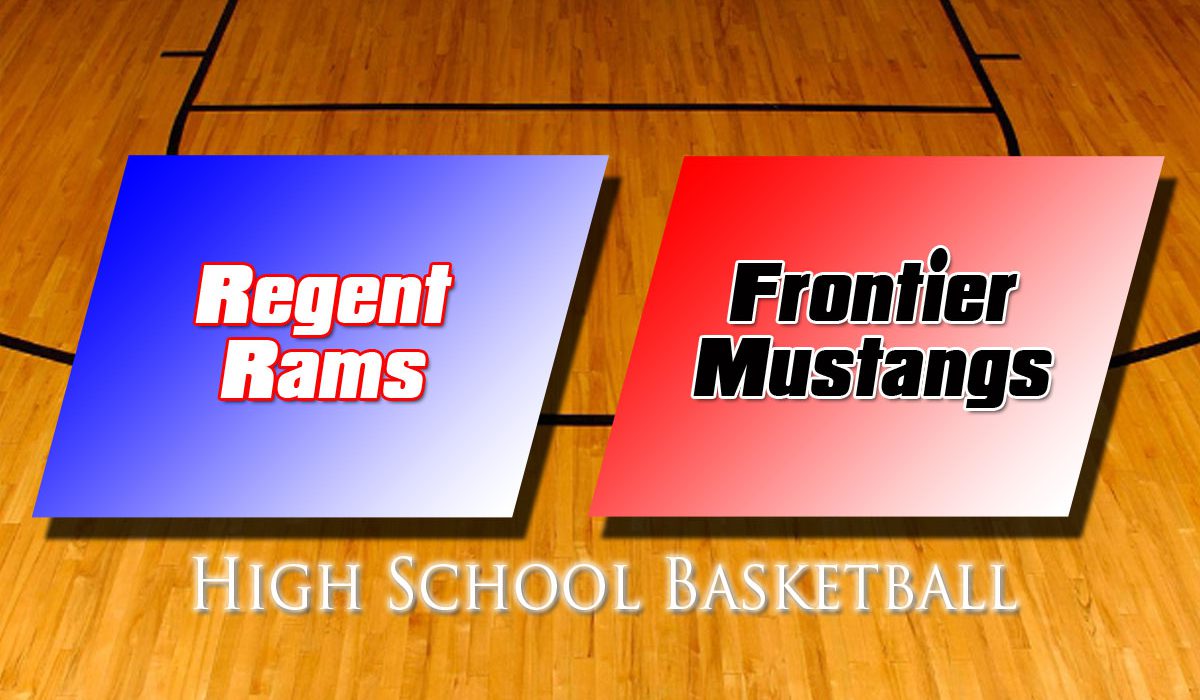 BETHANY– Defensive efficiency was the name of the game Thursday evening as the Regent Prep Rams took down the Frontier Mustangs 31-28 in the second game of the Class A State Quarterfinals inside the Sawyer Center. Regent moves on to semifinals on Friday at the Oklahoma State Fairgrounds.

Neither offense could seem to get a foothold in the contest. Only seventeen total points were scored in the second half. The Rams scored just two field goals and a free throw to put them up for good and the fourth quarter.

Jonathan Buskirk led the way for Regent with 10 points and was the only Ram to finish with double digit scoring. Behind him was Braden Bayless who finished his afternoon with 8 points.

Frontier’s leading scorer was Nolan Childs who led all scorers with 15 points. Childs did not receive much help from the rest of the Mustangs as the closest scorer to him was Dante Lightfoot with 7 points.

The Mustangs played their game all four quarters. Frontier forced the Rams to slow down and put much fewer shots on a regular basis. Regent just made literally one more shot than the Mustangs in the fourth to put them a nose ahead.

Frontier fought to end, however. The Mustangs had two chances to put up a game-tying shot inside of five seconds left in the game. Both attempts were off to each side and Regent celebrated at the center court at the buzzer.

The Frontier Mustangs end their season with a 24-7 record and a No. 6 ranking. The Regent Rams improve to 18-10 and remain ranked No. 8 in the division.