Richey is working hard to take Cavs to the next level 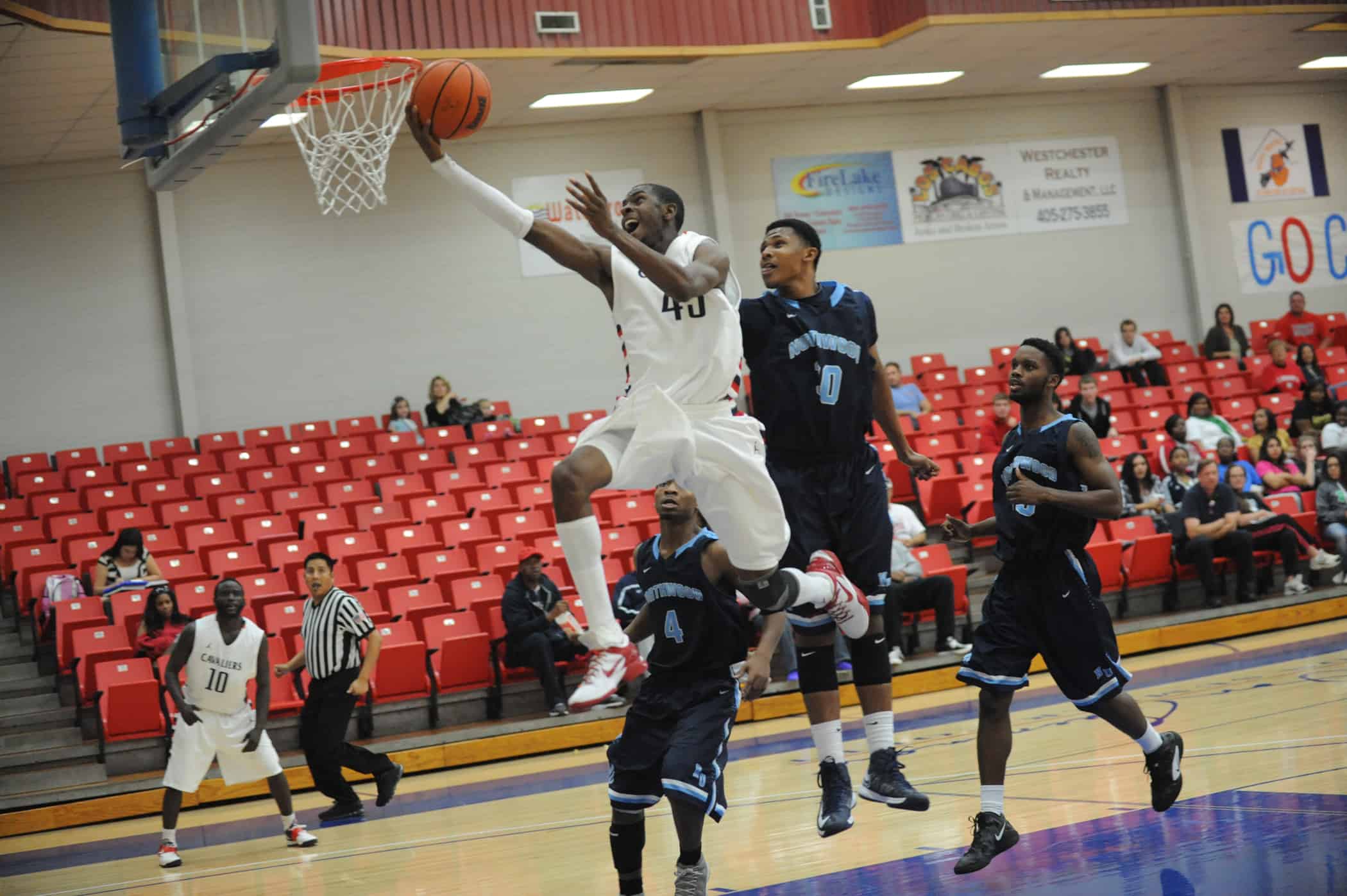 The long holiday break can sometimes have a negative effect on a basketball team.  But the St. Gregory’s Cavaliers are going into the layover with the best non-conference record they have had in six years, and should feel optimistic about the league schedule that is ahead.

A big reason for that is the play of senior Fayzon Richey.  The 6-foot-3 guard from El Reno is leading the Sooner Athletic Conference in both scoring (24.0 ppg) and rebounding (9.0 rpg).

“My senior year is treating me pretty well,” Richey said.  “I wish I had more wins right now, but so far things are going good.”

And Richey said that he believes having a good work ethic goes a long way toward the achievements he is seeing.  Also, he believes that as a leader on this year’s squad, what he does has an impact beyond just his play.

“I feel that when I go hard, the team goes hard,” Richey said.  “When I play bad, they see that too.  I’m a leader and I have to always step my game up.”

Richey said that he and his teammates communicate well on and off the court.

“We’re talk a lot, about the game plans to our offense and defense and all the things that we can correct,” Richey said.  “But I feel like the team respects me and has given me that role.”

The Cavaliers are 6-4 heading into the break with the daunting SAC schedule that starts after the season resumes.  SGU won five straight earlier in the year, matching the longest winning streak since opening the 2009-2010 season at 5-0.

But St. Gregory’s has struggled in conference play in recent years.  The Cavs won four SAC contests last season, but only five in the three years prior to that.

The conference schedule is a little lighter this year, following realignment.  SAC teams will play only 16 league games this year, down six from the 22 of the past.

The quality of the opponents has not gone down.  Four SAC teams are in the NAIA rankings, including top-ranked Oklahoma Baptist.  And Richey knows this road is not an easy one.

“Conference play is a big deal, but it’s really tough,” Richey said.  “The SAC is one of the toughest conferences out there.  And it’s a really different style of games from the non-conference games.

Richey still has his eye on the prize and believes in his ability to help him team to the next level.

“I want to make it to the conference tournament and then to the national tournament,” Richey said.  “It hasn’t been done here at St. Gregory’s in a long time.  It’s my senior year and I want this.

“In high school, I led us to state my senior year and we hadn’t been to state in a long time.  They’ve been to state every year since then.  And they went to the championship game two years ago.  And I want to do that here.  I want us to get to the national tournament, and hopefully that trend will just keep going and going.”

St. Gregory’s opens the new year with three straight at home for Coach Todd Martin in his fifth year at the helm.  Richey said that he enjoys playing for Martin and wants to do well for him.

“My four years here have been great with Coach Martin,” Richey said.  “We have our ups and downs, as any coach and player, but most of the time we see eye to eye.  But he’s a great coach and he has great plays.”

Richey said that he wished that the record showed better reflected how good a coach Martin really is.

“You have to buy into the system,” Richey said.  “When you do that, things work out.  And I hope that I’m one of the players that he can look back on and say that, ‘Fayzon Richey bought into the system.’”

And although Richey’s senior year is turning out to be an exclamation point on a stellar career, it’s the little things that he wants to be remembered for when his time in Shawnee is done.

“I want them to think that he always did what the coaches asked him to do,” Richey said.  “He was always a good influence on children and the people look up to him.  And that he was an overall good person who played hard every game.”

For now, there is still work to be done.  The Sooner Athletic Conference is before Richey and the Cavaliers.  And if those numbers he’s been putting up continue, the goals that Richey has set for himself and his team are well within reach.