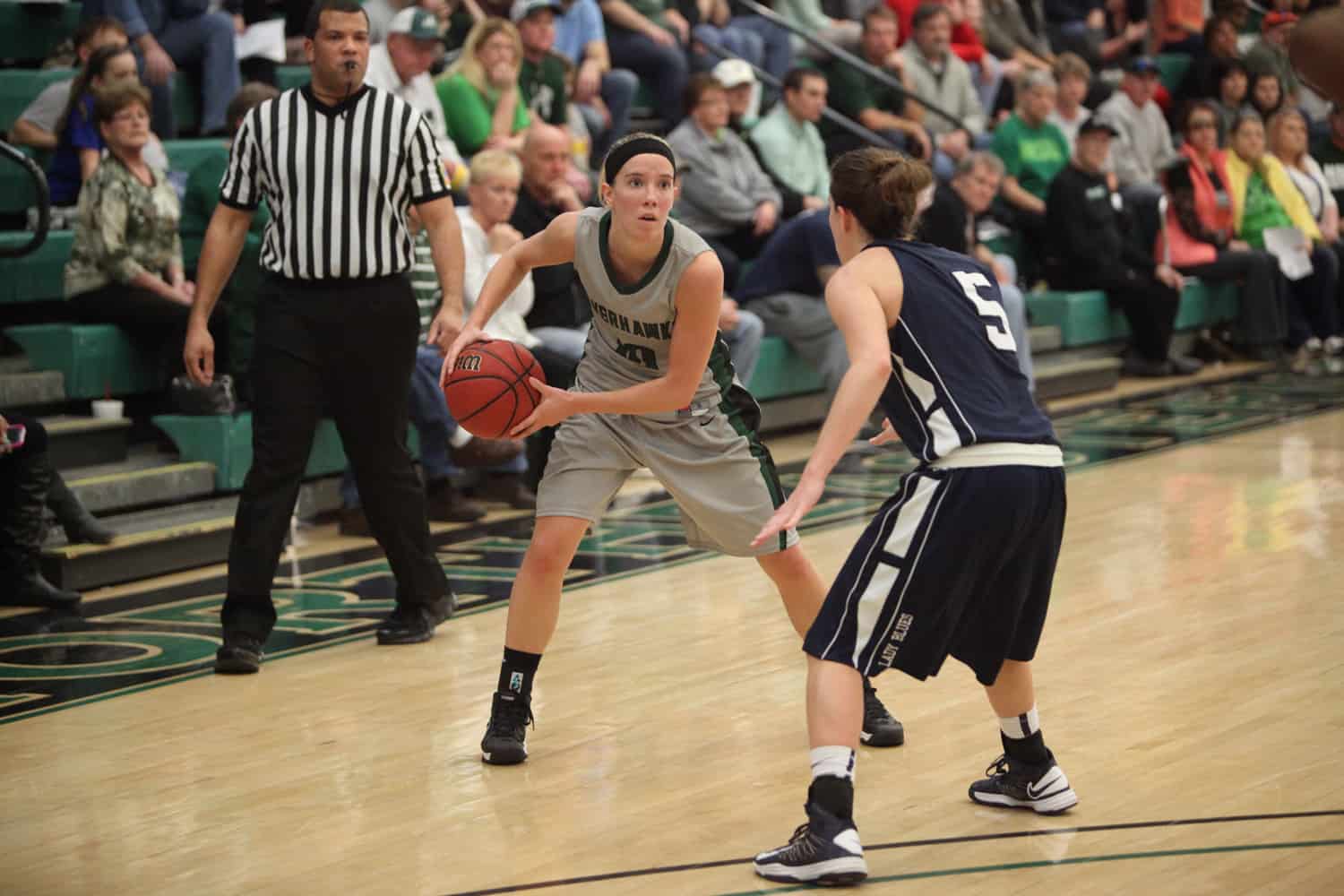 TAHLEQUAH, Okla. – The Northeastern State women’s basketball team ramped up the defense in a 52-43 upset win over No. 9 Washburn Saturday afternoon at Jack Dobbins Field House.

The Lady Blues were held to their lowest point total in more than two years as no member of the team reached double figures. They scored 41 against Missouri Western on Dec. 19, 2010.

Washburn senior guard Laura Kinderknecht entered the contest as the MIAA’s third-leading scorer at 16.2 ppg. She was held to a season-low eight points after shooting just 3-for-16 from the field and 2-for-10 from beyond the three-point line.

The RiverHawks jumped out a 16-5 lead in the game’s first seven minutes and were able to sustain that advantage all the way up to the 20-second mark of the half. Casyn Buchman knocked down a jumper for Washburn to cut NSU’s halftime lead to 32-23.

NSU maintained a 10-point edge at 43-33 with 13:03 remaining in the contest, but the Lady Blues went on a 10-3 run over the course of the next nine minutes to get within three.

“We’ve had some experience in games like this,” NSU coach Randy Gipson said.  “As people say often, teams make runs. You know that when you’re playing a good team, they’re going to make a run. Just because we’re ahead by 10 doesn’t mean we are going to be ahead by 20 10 minutes later.”

The home side received a huge boost from freshman forward Melissa Jones, who knocked down a clutch jumper from the corner with 1:41 to play to give her team a five-point edge, allowing the RiverHawks to bleed out the clock and secure the win.

“You have to fight to hold onto a lead,” Gipson said.  “We let the UCO game almost get away from us, and I think winning that one helped us today when Washburn got to within three points.”