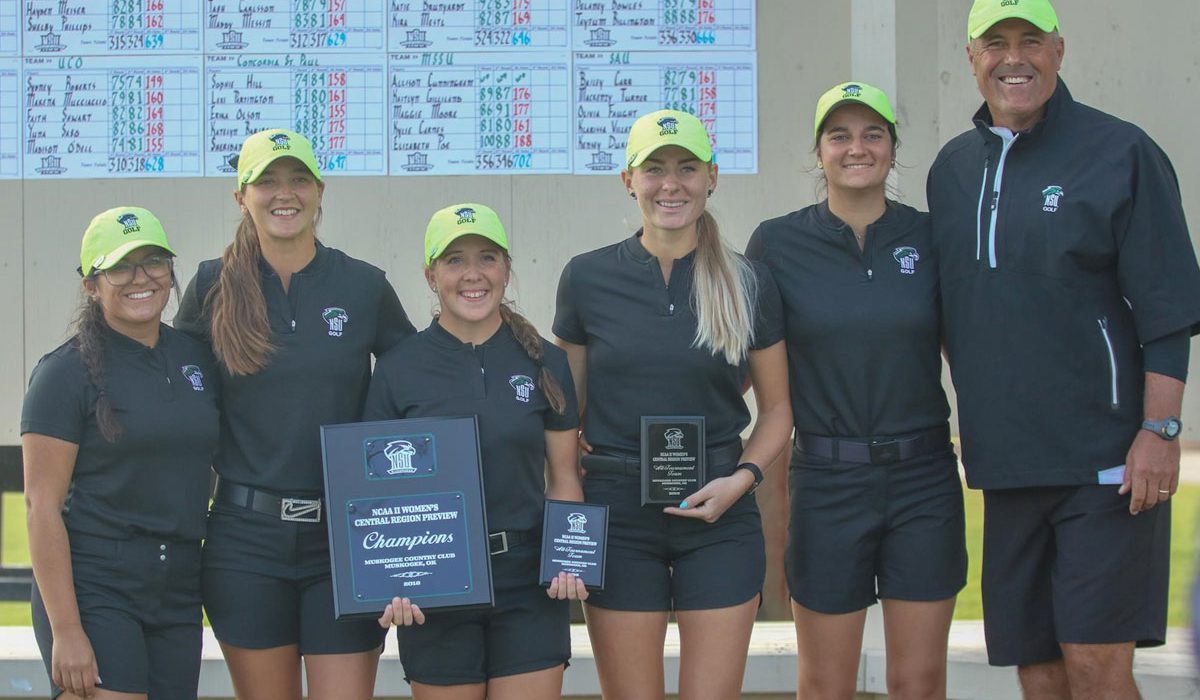 MUSKOGEE – The RiverHawks took its Regional Preview by three strokes with a 602 (298-304) at the Muskogee Country Club behind top-5 efforts from Lexi Armon and Ebba Moberg.

Northeastern State battled a slump on the front-9 where a 15-over par dropped them out of the lead and five strokes back.  The final nine holes were a different story for the RiverHawks and they were only five-strokes over par, shooting back to the top of the leader board.

“I’m proud of this team and how they finished the day,” said head coach Scott Varner.  “We really buckled down when we were down today and fought back.  This was a big win for us on a home course and a great way to finish off the fall season.”

Moberg played herself in the individual lead for part of Wednesday’s final round before finishing a stroke back with a 147 (73-74)  Armon was fifth overall scoring a 148 (70-78).

Central Missouri finished second (605) and Southwestern Oklahoma was third (611).  The Jennies’ Rosie Klausner was the player medalist scoring a 146.

The RiverHawks will be off until March 4-5 where they will play in the Southern Nazarene Invitational in Edmond.