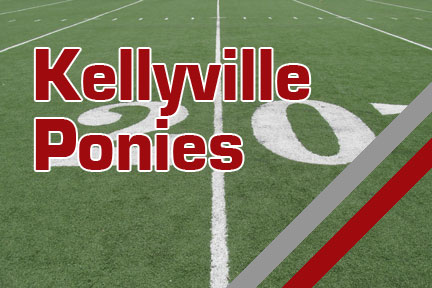 The Kellyville Ponies crossed the Red River and looked south to find the new head man for the football team.

But the new coach is no stranger to Oklahoma, or the area.

Scott Robb has been tabbed as the new head coach going into the 2014 season.

Robb has been coaching in Texas for the last 17 years, specifically in the Brownsville metro for the past 11.

Kellyville athletic director Jim Upshaw said he is thrilled with the hire.

“I think we hit a home run,” Upshaw said.

“Coach Robb has been a coordinator down at Brownsville for the last couple of years at a 5A school.  And I think most people recognize that Texas football is at a high level. ”

Robb spent the past two seasons as the offensive coordinator at Brownsville Veterans, where his offenses were at the top of the district each year.

“It’s my first head coaching job,” Robb said.  “It’s quite an opportunity and quite a responsibility they’ve put on me.”

Being the lead man was a factor in coming to Oklahoma, as well as the opportunity to be close to home.

“My wife’s family is all from around Sapulpa, which is just right next to Kellyville,” Robb said.  “My brother lives just east of Oklahoma City, so we’re looking to be back up here and close to family.”

He said the fact that it was his first time to be the lead man was a big deal as well.  And that he has work ahead.

“Kellyville has been down for awhile,” Robb said.  “In fact, the last time they made the playoffs was 2004.  So I certainly have a big challenge ahead of me.  But it’s also something that’s very exciting because I see already the work the kids have put in and I really feel like we can get things turned around.”

And he said he is pleased with the amount of backing his program will receive.

“The administration at Kellyville has been extremely supportive.  That’s one of the reasons why I felt like we could get things turned around is because of the support of the superintendent, of the principal at the high school and of the athletic director, Coach Upshaw.

“I just feel like with their support and the support of the community that we can get some things turned around.  And I think the community really wants the football team to be successful.”

Upshaw spoke about the good timing of finding Robb, a 1992 graduate from Okemah, just 50 miles to the south.

“We’re very excited to have him here.”

Robb has been working hard already, most recently this weekend with a fundraiser for the program.

He is also familiar with some of the young men that will be in his charge this summer and fall.

“We’ve got a few juniors and seniors that have seen what it’s like playing high school football and they’ve gotten some experience last year or two.  They’re hungry to have some success.

“Obviously, we have to change the culture.  We have to get them used to winning football games and going into football games feeling like they are capable of being successful.  And that’s a big challenge.

“We have some young kids that are going to be really good as long as we can develop them correctly.”

Fans of the Ponies that want to think about winning when they think of their football program need only to look to the example of the new head coach.

“I see some bright days ahead for Kellyville football.”