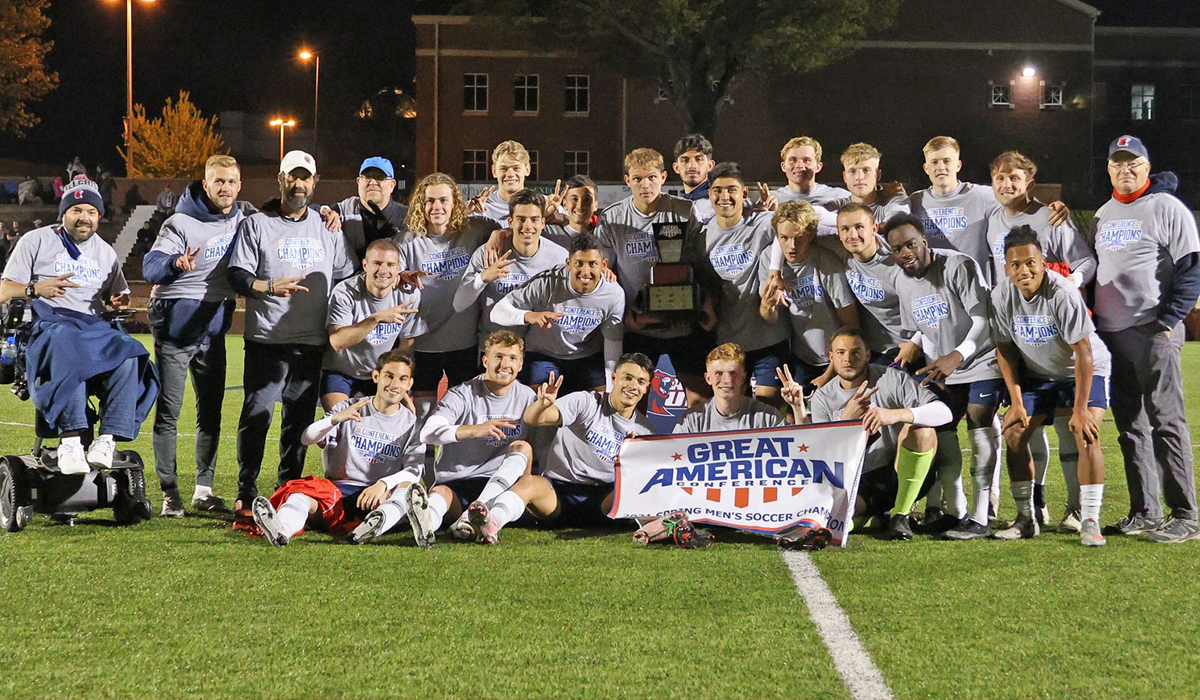 Jordan Watson put the Hillcats (6-0-2) in front with a first-half goal and Dillon Dean kept his second-straight postseason shutout to lift the Hillcats over the RiverHawks (5-3-0) in the final game of the season, as Rogers State also completed a sweep of the regular season and tournament titles.

Jesus Ramirez would have the first shot on goal in the game at the 18th minute, but it would be saved by the RiverHawks goalkeeper Niklas Kirhoff, as he stopped the shot in the high center area of the goal.

Dean recorded his first save of the contest in the 32nd minute, as he saved a shot from just outside the penalty area by Whitney Gonsalves in the bottom right area of the goal.

In the 35th minute, Watson scored the lone goal of the contest. Luke Morgan played a long ball over the top to the right side of the field. Watson broke away from his defender, and with Kirhoff closing in, Watson chipped the ball over the RiverHawks keeper and into the left corner of the goal.

The Hillcats would outshoot the RiverHawks 3-to-1 in the final 12 minutes of the half, with shots from Jaxon Pitt and Cin Mangbeing saved by Kirhoff.

Early in the second half, Jaxon Pitt would have a shot saved by Kirhoff, who then stopped a shot from Watson six minutes later.

The RiverHawks would make a late push in the final minutes, as the first shot was headed off the cross bar, while a second, last-ditch effort, was headed straight at Dean, who made two saves in the game

The victory for Rogers State secures the Hillcats’ second-straight tournament title, after the Hillcats won in the fall of 2019 at Fort Hays State.

With the win, Rogers State extends their unbeaten run to 10 games, which started in the 2019 GAC/MIAA Semifinal round with a 2-0 win over Northeastern State.

Watson’s goal was his fourth of the season, which finished as a team high. It was his first goal from open play this season, after scoring a free kick goal in the regular season against NSU and then two penalty kick goals in the final two games of the regular season.

Dean collected his 11th career shutout in the game and his third shutout of the season.

The victory extends Rogers State’s win streak over Northeastern State to five games. The Hillcats have not lost to the RiverHawks in the GAC/MIAA era.

With the victory, Rogers State wraps up a truncated GAC/MIAA conference season in the Spring of 2021, which replaced the Fall 2020 season that was canceled due to the COVID-19 pandemic. The championship game is the season finale, as their will not be a national tournament, as it was canceled by the NCAA.