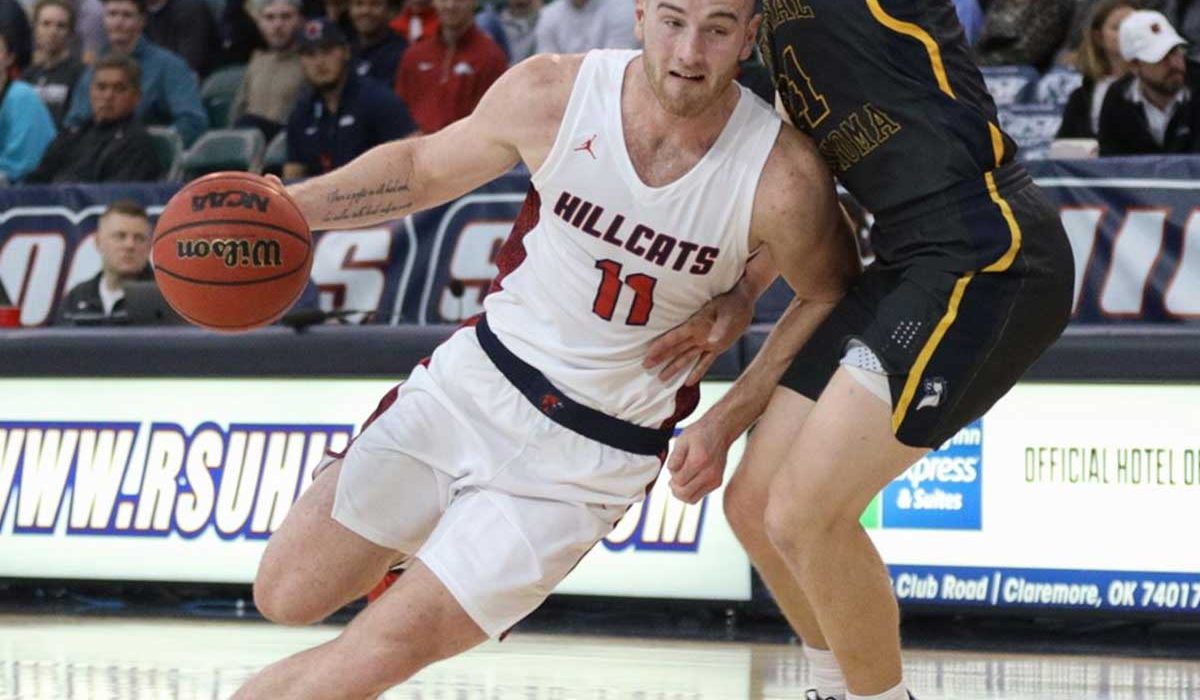 The Hillcats took the lead on Gabriel Ferreira’s layup 15-seconds in and never gave it up over the entirety of the game, leading for 39:45 over the former Heartland Conference rival to remain unbeaten in conference play.

However, Brewster Peacock responded with a huge three-point play, fighting off a foul on a layup before sinking the and-one opportunity. Peacock’s free throw was the first of an 11-for-11 run of free throws by the Hillcats to close out the game.

As a team, the Hillcats shot 26-for-32 from the stripe to finish at 81.3 percent on free-throw opportunities. The Hillcats edged Newman from the field, shooting 44.7 percent while holding the Jets to 41.1 percent shooting. Both teams shot 45 percent from three-point range.

Peacock and Tavian Davis led the way in scoring for the Hillcats, finishing with 18 points each. Peacock was 5-for-8 from the field, including a trio of three pointers, while going 5-for-5 from the free-throw line. Peacock also had four rebounds, two steals and an assist.

Davis was 4-for-9 shooting, but was also clutch at the free-throw line, going 8-for-8 for the game, including four in the final 36 seconds to clinch the victory. Davis also had three rebounds, two assists and a steal.

Marques Sumner had eight points and five rebounds to wrap up the production for the Hillcat starters in the game.

Vaughn Raney came off the bench to record a rebound, steal and an assist.

With the win, the Hillcats improve to 9-5 all-time against Newman and remain undefeated in MIAA play as they jump back into non-conference action for two games prior to a showdown with Northeastern State ahead of the winter break.

Rogers State’s 8-1 start is the best for the Hillcats since the 2015-16 season when the Hillcats went 23-5 en route to a conference championship winning season.

Rogers State will return to action next Saturday, taking on Southwestern Christian in non-conference play. Tipoff is set for 3 p.m. at the Claremore Expo Center.