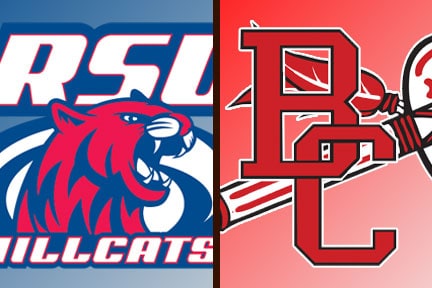 The Hillcats blasted 20 shots with nine on goal while allowing the Warriors just two shots in the contest.

Veronica Subu got the scoring started in the eighth minute of play as she curved the ball into the net off a corner kick to give RSU a 1-0 lead.

For the third straight game, Taylor Hallford made an immediate impact once she stepped onto the field. The freshman forward dribble through the defense and slotted the ball past the keeper on the far post in the 25th minute.

The Hillcats pounded the goal but were unable to capitalize on their opportunities and took a 2-0 lead into intermission.

Bacone cut the Hillcat lead in half in the 82nd minute as Shayla Beene converted a penalty kick.

However, the Hillcats sealed the win in the 89th minute as Jordan Beasley dribbled down the field and slotted the ball across the goal for Lauren Hager who buried it back post.

Jordan Harris registered the complete game win in goal as she allowed one goal while making one save.

Rogers State (5-1) returns to action on September 14 as the Cats host Hannibal LaGrange (Mo.) at 2 p.m. The game will be streamed live on the Hillcat Network at www.rsuhillcats.com/live.

MUSKOGEE, Okla. – A lengthy lightning delay that started during halftime did not keep the Roger State men’s soccer team from winning big as the Hillcats blasted Bacone College 7-0 in Muskogee on Friday afternoon.

Five different Hillcats scored in the contest as the team returned to their winning ways after dropping their previous two matches. The Hillcats fired 13 shots on frame in the contest while the RSU defense held the Warriors to just one shot on goal.

Junior Mathew Levenson put the Hillcats up 1-0 in the 11th minute of the game. Freshman Danko Kenjic slotted the ball through the defensive for Levenson who fired the ball back post.

Kenjic found the back of the net with an unassisted goal in the 24th minute to give RSU a 2-0 advantage.

Senior Grant Smith gave the Hillcats a 3-0 lead at intermission. Levenson dribbled down the line and fired the ball across the face of the goal to Smith who was at the back post, blasting it into the net.

After the delay that lasted nearly an hour and a half, the Hillcats picked up where they left off as Niall Masterson scored in the 53rd minute off an assist by Levenson. Kenjic scored off a free kick and Dylan Beaird scored his first goal of the season as he weaved through the defense, slotting the ball past the keeper.

Levenson capped the scoring in the 89th minute as he scored off a short corner kick from Beaird. The Lawton, Okla. native tallied two goals and two assists in the contest to lead the Cats.

Nathan Inger earned the win in goal, making one save.

Rogers State (2-2) returns to action on September 11 as they host Ottawa (Kan.) at Soldier Field. Kickoff is set for 5 p.m. and the game will be streamed live on the Hillcat Network at www.rsuhillcats.com/live.