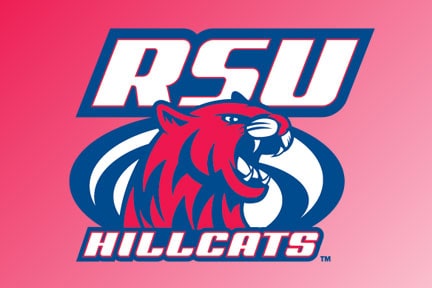 The Hillcat women’s program has its first new head coach in six years. By all indications, Roxanne Long has the same kind of passion and integrity Amy Williams brought to the program the first five seasons. Plus, Coach Long has a decent amount of returning talent to make one salivate at the thought of a return trip to the national tournament. She’s expected (by the broadcast crew) to rack up another 20+ win season.

If the preseason league coaches poll is any indication, others outside Claremore have high expectations for this year’s team as well. The ‘Cats have been picked to finish 2nd in the conference, behind Lubbock Christian but in front of defending national champ Oklahoma City.

RSU returns nine ladies from last year’s team, including six seniors. Logan Froese is set to go down as one of the most gritty players in Hillcat history, and fresh off a stellar national tournament run she’ll be relied on for steady leadership in the post. Don’t let that toughness fool you, though. She’s been known to fight you tooth and nail, and do it with a smile and a wink after it’s over.

Former Union High School standout Larielle Giles will also play a factor on the front-line, having gained significant minutes as a true freshman a year ago.

It’s often been said a team’s post-season potential is defined by how good its guards play…well, this team has plenty of returners to keep last year’s run to the Final 8 fresh on the minds of fans. My favorite Brazilian, Ariani Silva, returns as one of the best shooters in the SAC as she set the new RSU single-season record for made threes last year. Leah Smith can also fill it up from outside after leading the ‘Cats in scoring. Point guard transfer Kelby Fritz will be a coach on the floor after the Vinita product arrived from Missouri Southern. She has just one year to show her wares in front of the home crowd.

Finally, last but not least…the “Preston Pick-Pocket” Sierra Cornwell is back for her senior season. Great nickname handed out by our public address announcer last year. Sierra is the reigning middleweight champion of defense in the Sooner Athletic. She is the most ball-hawking women’s player we’ve seen in the NAIA to date. You blink, she steals it…you sneeze, she steals it…you go to the restroom at halftime and she has 10 more steals by the time you return to your chairback. She is that good!

Needless to say, I think the RSU women are in for one of those really special seasons. It all starts with two exhibition games at Tulsa (Oct 31st) and at Arkansas (Nov 4th).

Shawn Tiemann is the play-by-play voice of the Rogers State Hillcats.  He also works full time as a producer and on air talent at 97.1 FM – The Sports Animal in Tulsa.