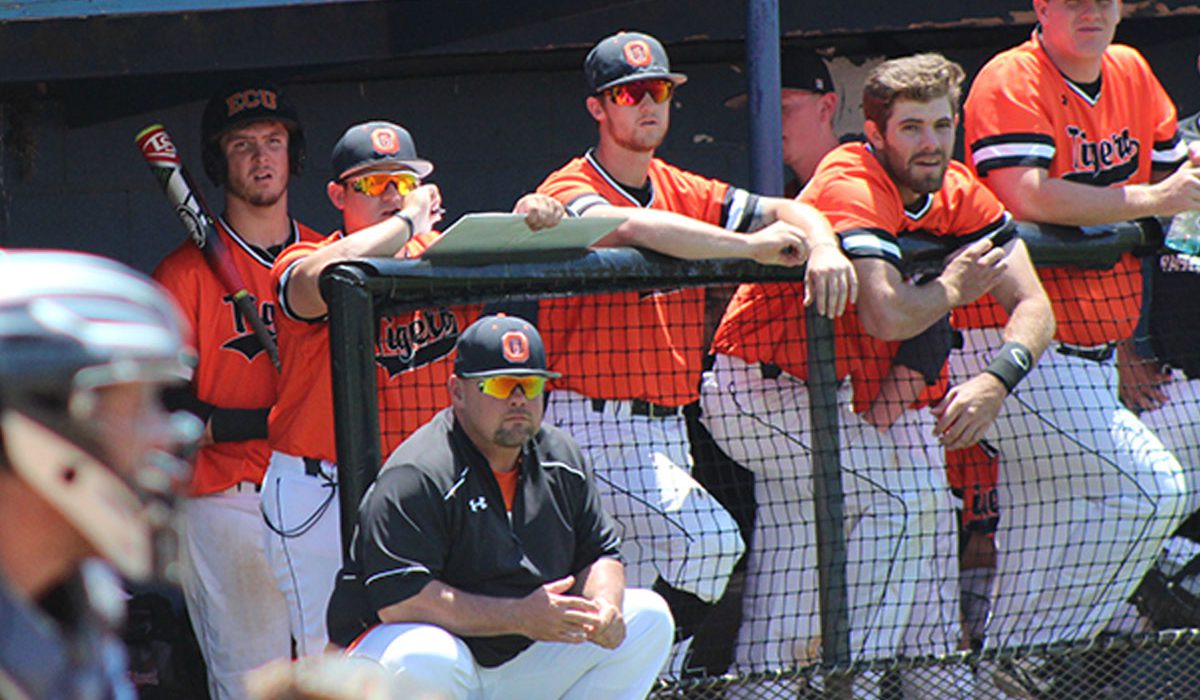 ADA – After nine years East Central University Head Baseball Coach Dino Rosato has announced his resignation. Rosato came to the Tigers in 2010, after spending one season as the head coach at Bacone College.

“I want to thank Coach Rosato for the past nine seasons of dedication and commitment he has invested into ECU Tiger baseball.,” said Director of Athletics Dr. Jeff Williams. “When Coach Rosato was hired, immediate challenges included getting grass growing on the field and finding enough uniforms to outfit our team. His vision was to build Tiger Baseball into a competitive NCAA program and he pursued that plan with fervor.”

“Coach Rosato has moved our program forward, in light of challenges along the way. The young men who went through our program under his leadership grew into exceptional men. At the end of the day, that is our goal in college athletics.  Dino Rosato is one of the finest gentlemen I’ve known and he loves his players and he loves the game. We wish him success in life’s future endeavors.”

“I would like to thank all my current and former student-athletes and their families for their faith, hope and charity,” Rosato stated. “It has been my pleasure to help so many young men become better men. Thank you to all the ECU faculty and staff members that tirelessly serve the students. Thank you to the friends of the program, your generosity and commitment allowed for true change to take place and for so many young men to experience more than just a sport.”

The Tigers have also shown a commitment to shaping their futures off the field, with over 80 all-academic honorees. The student-athletes under his tutelage have also focused on community service, spending countless hours in the Ada community during both the fall and spring semesters.

A national search for the Tigers next head coach will begin immediately.