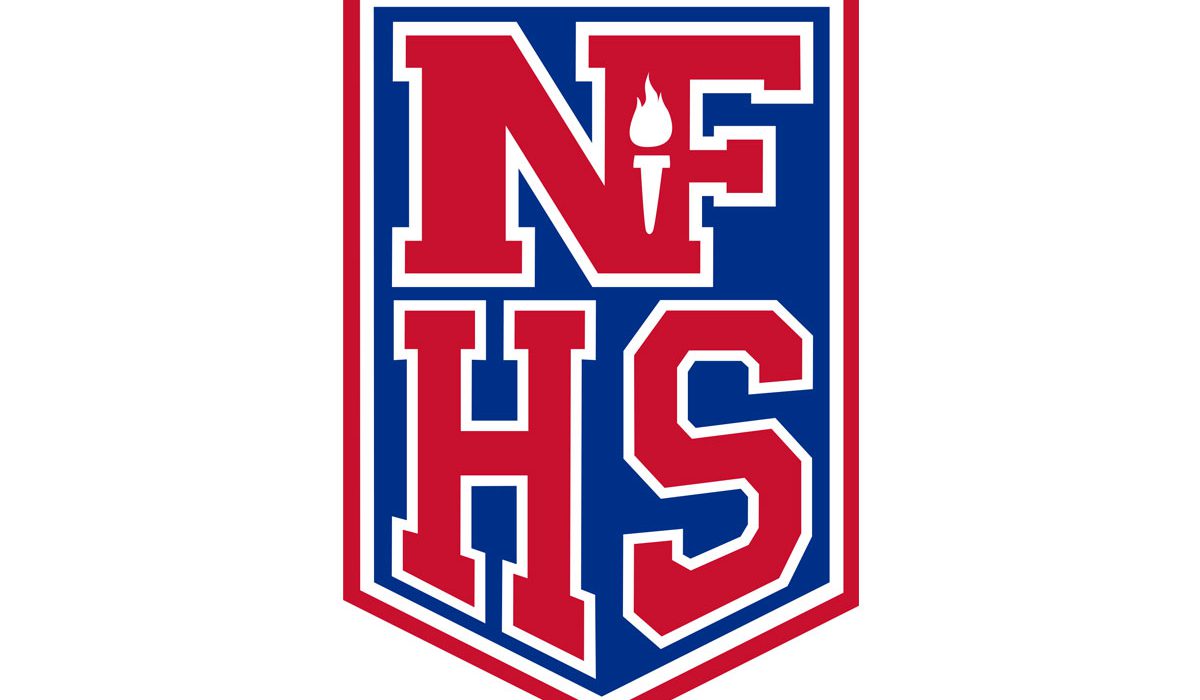 INDIANAPOLIS — In an effort to establish a more consistent time period between downs in high school football, the play clock will start at 40 seconds instead of 25 seconds in many cases beginning with the 2019 season.

This change was one of seven rules revisions recommended by the National Federation of State High School Associations (NFHS) Football Rules Committee at its January 13-15 meeting in Indianapolis, which were subsequently approved by the NFHS Board of Directors.

The play clock will continue to start at 25 seconds (a) prior to a try following a score, (b) to start a period or overtime series, (c) following administration of an inadvertent whistle, (d) following a charged time-out, (e) following an official’s time-out, with a few exceptions, and (f) following the stoppage of the play clock by the referee for any other reason. In all other cases, 40 seconds will be placed on the play clock and start when the ball is declared dead by a game official.

Previously, the ball was marked ready-for-play when, after it had been placed for a down, the referee gave the ready-for-play signal and the 25-second count began. Beginning next season, in addition to the above situations when the 25-second count is used, the ball will also be ready for play when, starting immediately after the ball has been ruled dead by a game official after a down, the ball has been placed on the ground by the game official and the game official has stepped away to position.

“The entire committee needs to be commended for its thorough discussion regarding the move to a 40-second play clock, except in specific situations that will still have a 25-second play clock to show play is ready to begin,” said Todd Tharp, assistant director of the Iowa High School Athletic Associationand chair of the NFHS Football Rules Committee. “This is one of the most substantial game administration rules changes to be approved in the past 10 years, and without detailed experimentation from several state associations over the past three years, along with cooperation of the NFHS Football Game Officials Manual Committee, all the elements needed to approve this proposal would not have been in place.

Another significant change approved by the committee was the addition of a note to Rule 1-3-7 to permit state associations to create instant-replay procedures for state postseason contests only. This revision would allow game or replay officials to use a replay monitor during state postseason contests to review decisions by the on-field game officials. Use of a replay monitor would be on a state-by-state adoption basis, and the methodology for reviewing calls would be determined by the applicable state association.

“The ultimate goal of each game official and each officiating crew is to get the call correct,” Tharp said. “Each state association, by individual adoption, can now use replay or video monitoring during its respective postseason contests to review decisions by the on-field game officials. Each state association, if it adopts this rules revision, will also create the parameters and scope of the replay.”

Effective with the 2024 season, the entire body of the number (the continuous horizontal bars and vertical strokes) of the number shall be a single solid color that clearly contrasts with the body color of the jersey.

“The purpose of numbers on jerseys is to provide clear identification of players,” said BobColgate, NFHS director of sports and sports medicine and staff liaison to the NFHS Football RulesCommittee. “In order to enhance the ability to easily identify players, the committee has clarified the size requirements for jersey numbers through the 2023 season and added a new requirement for the 2024 season.”

Two changes were approved by the committee in an effort to reduce the risk of injury in high school football. First, tripping the runner is now prohibited. Beginning next season, it will be a foul to intentionally use the lower leg or foot to obstruct a runner below the knees. Previously, a runner was not included in the definition of tripping. Second, in Rule 9-4-3k, the “horse-collar” foul was expanded to include the name-plate area, which is directly below the back collar. Colgate said grabbing the name-plate area of the runner’s jersey, directly below the back collar, and pulling the runner to theground is now an illegal personal contact foul.

The final change approved by the NFHS Football Rules Committee for the 2019 season was a reduction in the penalty for illegally kicking or batting the ball from 15 yards to 10 yards.

A complete listing of the football rules changes will be available on the NFHS website atwww.nfhs.org. Click on “Activities & Sports” at the top of the home page and select “Football.”

According to the 2017-18 NFHS High School Athletics Participation Survey, 11-player football is the most popular high school sport for boys with 1,036,842 participants in 14,079 schools nationwide. In addition, there were almost 30,000 boys who participated in 6-, 8- and 9-player football, along with approximately 2,500 girls who played the sport for a grand total of 1,068,870.