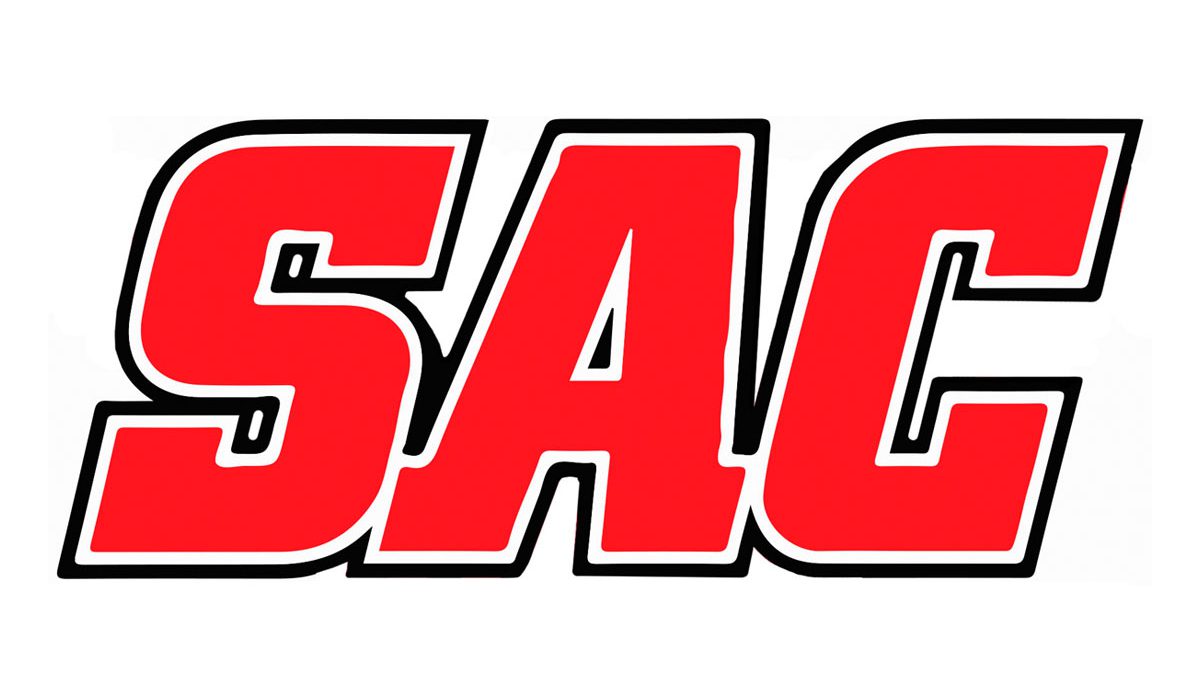 OKLAHOMA CITY –  The first-ever conference championship in men’s wrestling will be at stake Saturday when six teams take the mat for the Sooner Athletic Conference Wrestling Championships. Action begins at 9 a.m. inside Abe Lemons Arena on the Oklahoma City University campus, with tickets available at the door.

Each weight will follow either an 8- or 16-man championship bracket with wrestle-backs for third and fifth places. Tournament scoring will include six places at each weight (1st=12 points, 2nd=10, 3rd=9, 4th=7, 5th=6, 6th=4), and the team compiling the most points will be crowned SAC champion. The winner of each weight class will be deemed SAC individual champion with first team All-Conference honors, while the runners-up in each weight team will be slotted for second team All-Conference acclaim.

Wrestlers are competing for bids to the NAIA National Championships, which will be March 2-3 in Des Moines, Iowa. The individual champion in each weight class receives an automatic qualification, plus an additional national qualifier will represent the SAC at weights 133, 149, 165, 174 and 285 due to the league having two nationally ranked wrestlers in each of those weight classes.

Here’s a few wrestlers to watch from each team:

BACONE: Brandon Vela is ranked 17th nationally and the leading candidate to challenge favorite Erique Early of Indiana Tech for the title at 133 pounds. The Warriors also have a strong shot at the 174 title, with Joseph McAleavy bringing a No. 19 national ranking into this meet. Bacone’s team has gone unranked all year, but the Warriors received votes in every Top 20 poll.

CENTRAL CHRISTIAN: The Tigers feature the smallest roster in the field with eight wrestlers, but second-year coach Tom Carr’s program has made strides of late.  Central earned its first dual victory of the year three weeks ago against Kansas Wesleyan, and 133-pounder Terrell Banuelos put in a solid showing two weeks ago, going 2-2 at the Missouri Valley Open.

INDIANA TECH: The 8th-ranked Warriors are favored to take the team title as they bring seven ranked wrestlers to OKC. Two-time national qualifier Erique Early is the highest ranked individual in the field, sitting at No. 2 in the 133-pound weight class. Sawyer Miller, ranked 7th at 125, and Thomas Garty, ranked 12th at 157, were both All-Americans a year ago. Keep an eye on 165-pounder Mitch Roadruck, ranked 9th and the reigning SAC Wrestler of the Week, if he goes against hometown favorite and 15th-ranked Chase Vincent of host OCU.

LOURDES: This marks just the second season of competition for the Lourdes program, and heavyweight 15th-ranked Benjamin Ferguson is the Gray Wolves’ lone representative in the national rankings. Watch for him to challenge hometown favorite and 10th-ranked Bryson McGowan of host OCU. At 157 pounds, Tyler Wilson was a national qualifier with Kansas Wesleyan a year ago, and he’s coming off an impressive win by fall over Indiana Tech’s 12th-ranked Thomas Garty. Coming from the Toledo suburb of Sylvania, Ohio, Lourdes will be 964 miles away from campus this weekend, farther than any other team. The Gray Wolves are unranked but have received votes in all but one Top 20 poll all season.

OKLAHOMA CITY: Oklahoma City appears to have the best shot at challenging Indiana Tech for the team title, with OCU bringing three ranked wrestlers to the meet on its home mat. The Stars are currently outside the NAIA Top 20 poll, but they’ve received votes in every ranking this season and were ranked as high as 16th a few weeks ago. Matt Landgraff is ranked 6th at 149 pounds after qualifying for nationals a year ago, and he is expected to have a showdown with 13th ranked Justin Atkinson of Indiana Tech. 10th-ranked heavyweight Bryson McGowan is another returning national qualifier for OCU who looks to have a tough test ahead from 15th-ranked Benjamin Ferguson of Lourdes.

WAYLAND BAPTIST: The Pioneers have the meet’s lone ranked wrestler at 197 pounds, with 16th-ranked Riley Williams looking for a strong showing as the Chickasha native returns to his home state. Demarco Speller, who has seen action at both 141 and 149 pounds this year, joins Williams as a returning national qualifier, while 174-pounder Tommy Rosen-St. John is another standout to watch. As a team, Wayland has gone unranked all year despite receiving votes in every Top 20 poll.