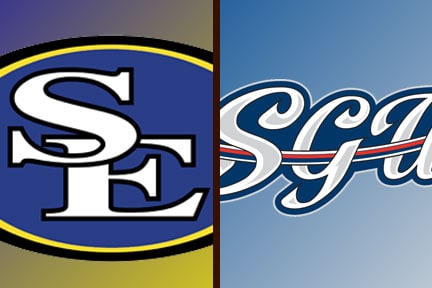 The win lifts the Savage Storm to 3-6 on the season heading into a Dec. 14 contest against Cameron at 6 p.m. in Lawton, Okla.

Baxter finished the day 7-of-12 from the floor with a 3-for-5 effort from behind the arc while adding a 7-of-8 performance from the free throw line.

Three others reached double-figures on the contest with Taylor Richards chipping in 15, followed by 14 from Katie Webb off the bench and 13 by Olivia Potter.

Richards posted a 9-of-9 effort at the free throw line en route to her season-high outing, while Webb hit 6-of-9 from the floor. Potter added three three-point buckets and shot 50.0 percent overall from the field.

Richards dished out a game-high six assists on the game and three others added two each while the Storm tallied 15 as a team.

Webb led the team on the glass with eight rebounds, while Baxter was right behind at seven.

Southeastern forced 21 turnovers on the afternoon while committing just 12 of their own, with Baxter adding a game-high four steals to her numbers for the day.

After SGU opened the game with a three, the Storm bounced back with a 13-0 run that included Baxter scoring the first 11 points before Webb added a jumper that opened up a 13-3 lead.

The Cavaliers would close to within six over the course of the first quarter, but SE would push its lead out to 21-12 by the end of the first.

The lead stayed at eight points or more for the entire second quarter, and stretched out to 13 on a Potter bucket with less than a minute to go in the half before a late SGU layup cut the Storm halftime lead to 40-29.

Southeastern pushed its lead into the 20’s in the third quarter, first on a Sa’Liesha Hunter three and again on a Baxter three, but SGU would close with a 13-5 run to cut the Storm lead to 67-53 heading into the fourth.

The Cavaliers would close all the way to within five points by the 5:10 mark of the final frame, but a Richards three-point play would end that run and outscore SGU 16-9 over the final five minutes to pull away with the 85-73 win.