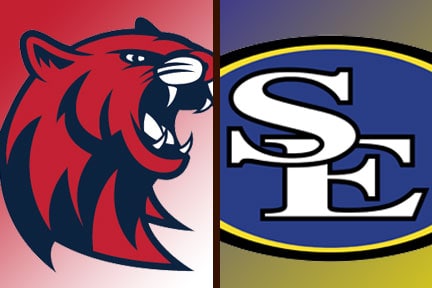 In a close and fast start for both teams in the first period, SE held only a one-point lead at 10-9 after a basket from Nikola Nedoroscikova about four minutes into the contest. After that point, the Savage Storm grew the margin to 14 at 27-13 with a 17-4 run over five minutes and were in front, 29-16, at the end of the first period.

The final three periods played fairly even with SE outscoring the Cats by only one point, however, the Savage Storm led for the rest of the contest in the 67-53 victory.

Natasha Kindred cut the deficit to only seven at 29-22 with 6:48 remaining in the second period on a layup, but the Savage Storm went up by as much as 15 in the second and held a 39-27 advantage at halftime.

In the second half, SE led by double digits or more the whole way, including its largest edge of 51-34 with 1:03 left in the third period. The Hillcats pulled to within 10 points four times in the fourth period, but couldn’t get any closer during the final stretch.

SE’s Rachel Wallace scored a game-high 14 points, Olivia Potter tallied 12 points and Katie Webb posted 11 points for a balanced Savage Storm attack. Southeastern finished shooting 39.7 percent from the field as the 67 points is a season low for the Savage Storm.

The Hillcats continue their road trip at St. Mary’s on Saturday to start Heartland Conference play. The conference clash starts at 1 p.m. in San Antonio, Texas with coverage available on the Hillcat Network atwww.rsuhillcats.com/live.