Sawatzky was mentally ready to come back from injury this year 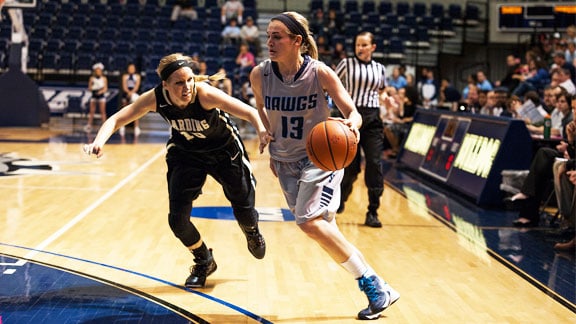 No one said being a college athlete would be easy. There are risks involved while playing a contact sport. A moment can change one’s life in an instant, a moment that could end the season for some athletes.

Kimmi Sawatzky is a senior at Southwestern Oklahoma State University. She is a full-time student, as well as an athlete. She has attended and played at SWOSU all four years of her college career. Her father and grandmother both played college basketball; therefore they were somewhat of an influence for her to play. Her main inspiration to play basketball was her love for the game.

“I just came off the bench, got a rebound and dribbled down the court,” Sawatzky said. “I planted my foot wrong and tore my ACL. I didn’t know I tore it until the doctor told me.”

Sawatzky said she was in shock when the doctor informed her of the bad news. Her injury was only seven games into the season. She had been wearing a sleeve on her left knee because that was supposed to be the knee that wasn’t as strong. The fact that she tore her ACL in her good knee shocked her. 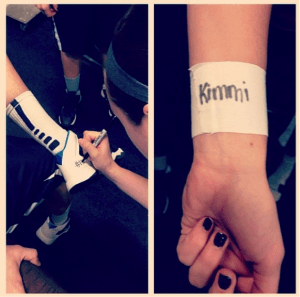 Kelsi Musick was worried if Sawatzky would be okay.

“As a coach there are a million things running through your head,” Musick said. “My stomach sank. I honestly wanted to throw up.”

Sawatzky said she thought her life was over. She held back the tears because she didn’t want her team or anyone else to see her cry. The first game SWOSU played without Sawatzky, the women put tape on their wrists, and wrote Sawatzky’s name and number on the tape. They also wrote her name on their shoes.

“Knowing everyone was rooting for me helped my recovery,” Sawatzky said.

Sawatzky was in rehab for six and a half months. Musick knew Sawatzky was tough enough to handle this bump in the road.

“I know Kimmi, and she is really tough,” Musick said. “She won’t go down without a fight.”

After being released from rehab, Sawatzky didn’t wear a brace on her knee she hurt her junior year.

“I was mentally ready to come back,” Sawatzky said.

Her family and teammates were supportive throughout the whole process.

“I think sometimes the brace is just a reminder,” Musick said.

The team has been close from the beginning. Sawatzky said this setback showed her how truly loved she was. For someone going through a setback similar to Sawatzky’s, she encourages others to stay strong throughout the process.