Schedule adjustments through the rest of the week 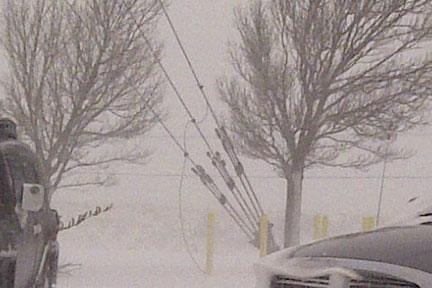 Monday’s blizzard left a wake of cancelations and postponements of high school and college games as its immediate aftermath.  More schedule adjustments follow for the remainder of the week relating to the weather.

ALVA, Okla. – The Northwestern Oklahoma State athletics schedule has taken on several changes as a result of Monday’s blizzard.

Saturday’s baseball doubleheader with Mid-American Christian has been rescheduled for Monday, March 11 at 2 p.m.

Softball’s weekend series with Arkansas-Monticello has been cancelled and will not be made up. The Rangers’ next action is a 1 p.m. doubleheader at Washburn (Kan.) on Tues., March 5. Their first home games will now be March 8 and 9 against Southern Nazarene.

The Northwestern men’s and women’s basketball teams will play both games as scheduled, Thursday at Southwestern Oklahoma State and Saturday at home against Southern Nazarene.

Saturday will be Senior Day for the Rangers. The men enter the week tied for first place in the Great American Conference. The women are slated to tip at 2:00 p.m. CST at Percefull Fieldhouse with the men to follow at approximately 4:00 p.m. – NWOSU Sports Information

Shawnee – Oklahoma Baptist added a weekend softball classic to make up for games missed by the snow out of the Friends Classic in Wichita.

Claremore – Rogers State Softball has made changes to its weekend schedule following its trip to Wichita, Kan. for the Friends University Tournament being cancelled due to snow fall throughout the state of Kansas.

The Softball Cats will now play four games spanning Friday and Saturday in Claremore at the Diamond Sports Complex.

Friday the Hillcats will welcome Doane College to Claremore for a doubleheader beginning at 2 p.m. Then Saturday afternoon RSU will face Midland College at 4:30 p.m. at the Diamond Sports Complex followed by a 6:30 p.m. showdown with Friends University.

The Hillcat Network will provide live coverage of Friday’s doubleheader at www.rsuhillcats.com/live.

The two RSU games will close out a full day of softball at the Diamond Sports Complex with a stretch of four games starting at 8:30 a.m. featuring Doane College, Central Methodist, Friends University, and Mid-America Christian University.

Weatherford – The recent winter weather storm in the Weatherford area has pushed back the weekend series between Southwestern Oklahoma State and Southern Nazarene.

The series will now be pushed back by one day, with the teams playing a doubleheader on Saturday Mar. 2, starting at noon and a single game on Sunday, Mar. 3, starting at 1 p.m. – SWOSU Sports Information

Goodwell – Due to field conditions, the first home games for the Oklahoma Pandhandle State University baseball team have been rescheduled.  The Aggies will take on the University of Arkansas-Fort Smith Lions in a doubleheader on Sunday, Mar. 3, at 1 p.m. and in a single game on Monday, Mar. 4, at noon. – OPSU Sports Information