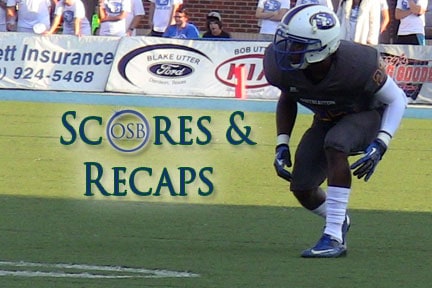 Southern Arkansas 20, Southwestern 17
SAU, picked to finish second in the GAC this season, lost its opener to SOSU, but has won two straight to move to 2-1.  The Muleriders handed the Bulldogs their first loss of the season in a come-from-behind win.  SWOSU owned a 10-7 advantage at the half.  SAU scored on back-to-back possessions in the fourth quarter to take the lead and add insurance points late.  Tyler George had 10 tackles for the Bulldogs’ defense.