SE Rodeo back in action at Garden City, heads next to Weatherford 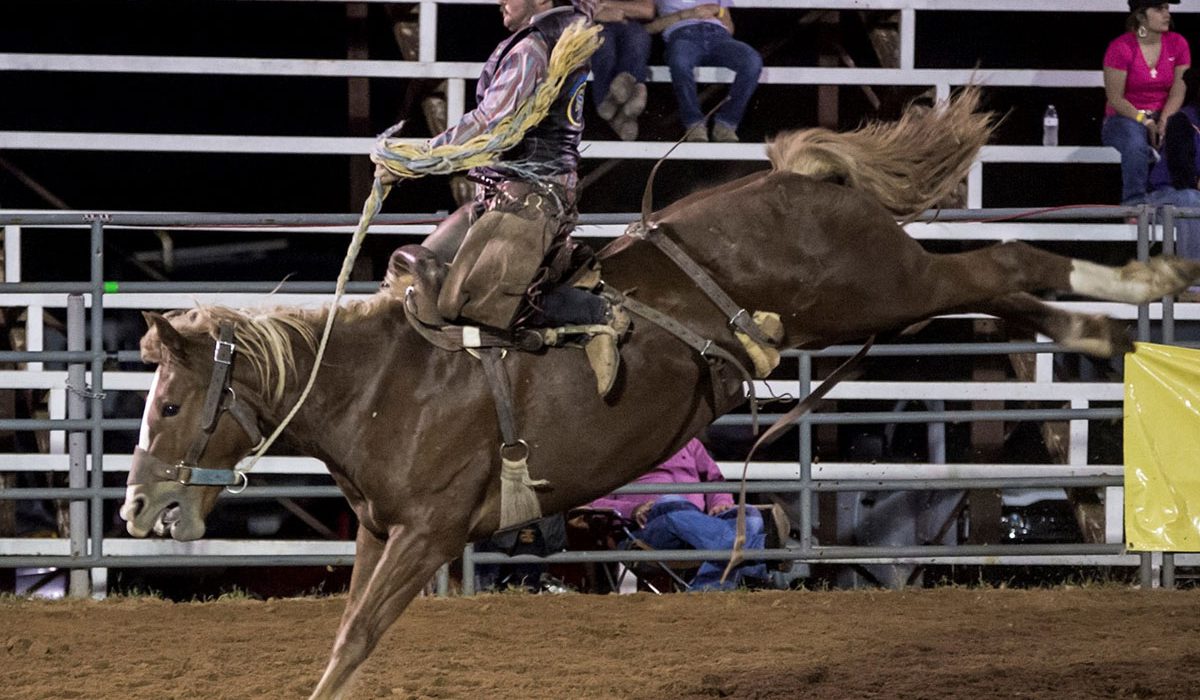 GARDEN CITY, Kan. – After nearly a month off from competition, Southeastern rodeo returned to the arena over the weekend with a solid showing at the Garden City CC Rodeo.

The women turned in a fourth-place team performance but maintained their regional lead by more than 600 points, but the men were unable to gain ground in their regional chase after a rough showing in the short go.

On the women’s side in the breakaway roping, Jayci Braudrick and Shania Johnston each posted a 2.5 run in the first round and split 3rd/4th/5th to earn a trip back to the finals.

There Braudrick roped in a 1.9 but broke the barrier and took an 11.9 which was still good for third in the round and the average.

Johnston was not as fortunate as she would miss in the finals and take a no time, but still split sixth in the average.

In the barrels Kylee Bennett clocked a 13.25 in the long go to split 6th, but bounced back in the short go with a 13.15 to finish fifth in the round and sixth in the average.

One of those she split with in the opening round was Cierra Chapman who also turned in a 13.25 run, but posted a 13.4 run in the finals and finished eighth overall.

Shelby Whiting had another solid goat tying outing, finishing seventh in the long go after a time of 7.1.  She responded with a 6.6 in the short go to split second and place third in the average which lifted her back into the lead in the region in the event.

Bennett also made the short go, turning in a 7.3 on her first run to finish eighth, but was not as lucky on her short go run and clocked a 9.1 to finish ninth in the average.

On the men’s side, Brody Braden and Kolton White had the best overall showing by posting a sixth place finish in the average.  They did so by opening with a fourth place first round finish after a 6.3 on their first steer.  The duo hit some bad luck in the short go with 15 seconds worth of penalties but still stopped the clock with a 20.4 to finish sixth overall and maintain a second place regional standing.

White also added points to his lead regionally in the all-around.

Wyatt Rogers posted a 5.3 on his first steer in the steer wrestling event and finished third in the long go, but was taken out of the overall competition with a no time in the finals.

He was joined in the finals by Denver Berry who was 10th after the first round with a time of 8.2 in the opening round, but he too missed in the finals.

Dustin Brewster turned in a second place finish in the long go of the saddle bronc competition with a ride scoring 70, but was bucked in the finals to take him out of the round and the average.