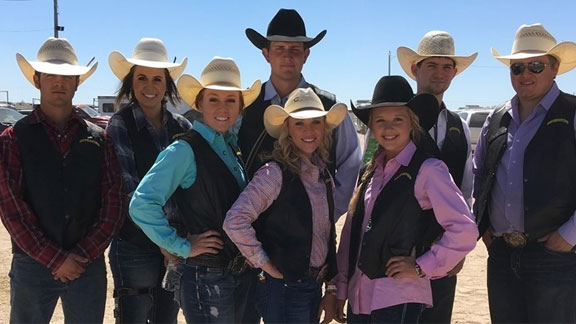 DURANT – After a two season hiatus, Southeastern will again host a NIRA event with the Savage Storm Collegiate Rodeo slated for Oct. 6-8 at the Durant Round Up Club Arena in Durant, Okla.

The Savage Storm women opened with a second place finish in the season opener at Colby CC, while the men finished fourth.

That leaves the women’s squad in second in the Central Plains Region, just five points behind Panhandle State.

The bulk of that ranking comes thanks to Kylee Bennett and Shelby Whiting who currently sit one and two in the goat tying standings in the region.

ShiAnn Henderson and Jayci Braudrick are in fifth in sixth in the event as well, with SE holding half of the eight ranked positions.

Britten Wallace also pitched in towards that score and is sitting seventh in the region in the breakaway roping.

The men’s fourth place regional ranking is 115 points behind second, with OPSU leading the region by a large margin early.

The men have cowboys ranked regionally in five of the six events.

Kolton White leads that charge in second place among saddle bronc riders, while Tyler Miles is 40 points behind him in fourth.

Wyatt Rogers picked up after his fifth place finish at last season’s CNFR and is in third in the region after one event in the bull riding.

SE is off to its best start in rough stock events since head coach Christi Braudrick took over the reins of the program.

Cochrane is also regionally ranked in the tie down roping, sitting fifth after one event.