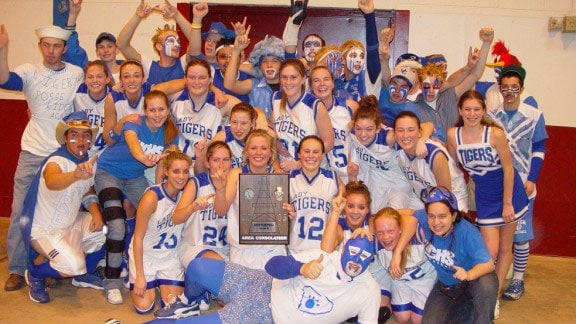 Eleven years ago, the Union City High School girls’ basketball team began their quest to the 2005 State Tournament. This team was led by a group of seven seniors, five juniors, three sophomores, one manager all the way from Brazil, and Coach Gene Hawk. Although this team anticipated being successful during their basketball season at Union City, none of them could predict what the next five to six months had in store for them.

This group of girls was led by Coach Gene Hawk. Coach Hawk is an OSU alumnus and played for legendary Coach Iba in the 1960’s. He brought his knowledge from D-I basketball to a small country town and pushed his girls to be the best they could be. Many of these girls attended Union City for their entire education, so Hawk had the rare opportunity to coach them for six to seven years. 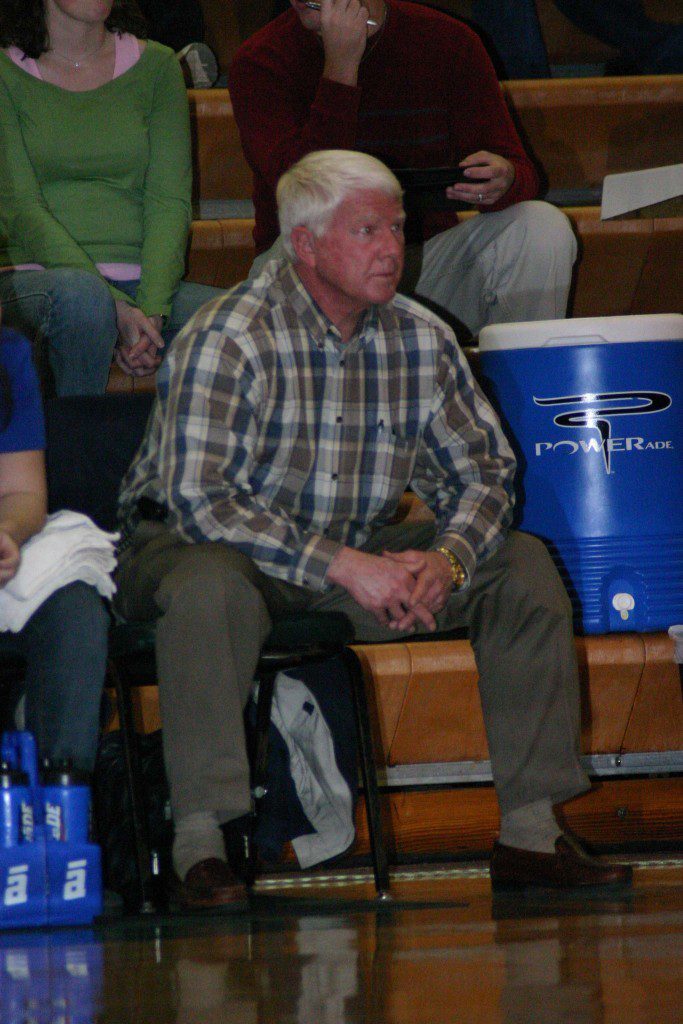 “We all had dreamed of it (making the state tournament) forever and played together since we were 5-8 years old,” Krista Dickerson-Thompson, who was a sophomore that season, said.

It’s now eleven years later and a common theme the girls and coach all still seem to remember vividly is the community support. During their tremendous playoff run, cars and fans lined the streets, and vehicles followed the bus to the games.

“There’s no other feeling like knowing people believe in you,” former player Jenni Menz said.

There was never a doubt this team would succeed. Everyone imagined how it would feel and what the atmosphere would be like if they made it to the state tournament. Giving up was not something they were willing to do.

These girls did not just grow up together, but some of them grew up in the same house. There were two sets of siblings on the team –  the Carel sisters, Christy and Cathy, and also the Menz sisters, Kristina and Jenni.

“I tried to be her encourager while also showing tough love at times,” then-senior Christy Carel-Locke said about playing with her little sister. “We both learned from each other in different ways.”

After a tough loss in regionals to Fort Cobb-Broxton, Union City had to win three straight games to reach the state tournament, and they did just that. In the Area Championship game, the Lady Tigers took on Arapaho and fell behind early in the first quarter, but came back in dominant fashion to win by a score of 57-39 and send the town of Union City into a frenzy.

This was such a special night for not only the girls, but also for the town of Union City as no girls’ team had made it to state in any sport in Union City prior to this.

In that game, junior J.C. Benda-Evans, who was eventually named First Team All-State her senior year, led the Lady Tigers with 22 points.  Christy Carel-Locke added 12 points in that game, and Jaclyn Morrison shut down the opposition with block after block. Morrison led the state in blocks that season with a total of 158.

When asked his thoughts on becoming the first team to reach state for UC girls’ basketball, Coach Hawk said, “There are no words to describe that feeling.”

Unfortunately, in the first round the Lady Tigers ran into a sharp shooting Dover team that had been ranked No. 1 throughout the entire year and eventually went on to win the state tournament.

“As far as our team, the thing I loved the most was that we all loved each other off the court, but on the court, it was a totally different kind of love and support,” Jenni Menz said.

Many of these girls had played together since elementary school, and some played league together and also went to summer camps with each other. They were all passionate about the same thing, and that created a special bond.

When asked about some memories of that year, the girls stated that they remember the poems Mrs. Boswell would read over the intercom on game days, the gifts, the pep rallies, CJS, and summer camps.

The girls finished with a final ranking of No. 3 in Class B and a record of 25-5.  This year will go down in the record books, and it will surely be one that is not forgotten around this small community.

This story was first published on gouctigers.com and reposted with permission.