Second down and a country mile 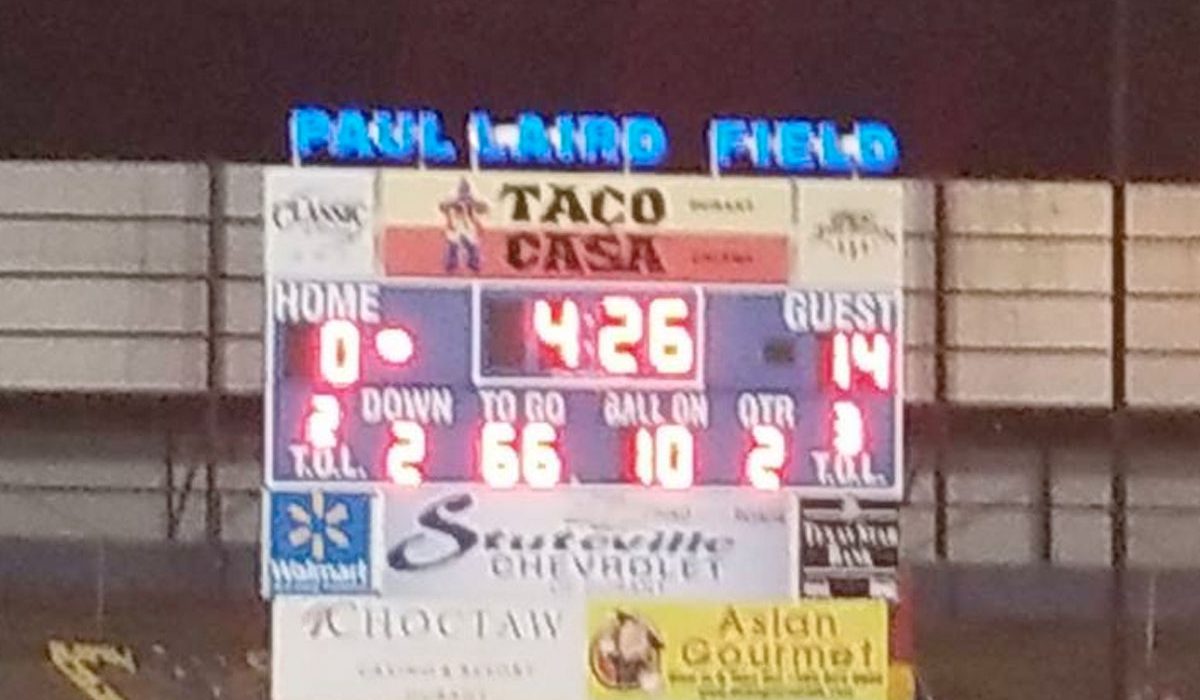 Some years, it turns into just one of those years.

The 2018 football campaign has been a little rough for the Durant Lions. An 0-3 start during the non-district portion of the season, in which DHS has been outscored 132-6, is about to give way to a challenging District 5A-3 slate.

There is still plenty of time to right the ship for the Lions as the district contests are the games with meaning toward the playoffs. But one series last Thursday night seemed to epitomize how things have gone so far.

Midway through the second quarter of a home game against Broken Bow, DHS was trailing, 14-0, but had the ball with a first down on the 34-yard-line in Savage territory. The Lions had picked up three first downs on the possession, the most recent one picked up on a successful fourth down conversion.

But a high snap on the next play sent the football beyond the quarterback, knocked around seemingly interminably, until it was finally covered by Durant’s Jeremy Seward. This brought up second down and 61 for Durant.

That would be a formidable task to try to gain 61 yards in the next two plays. But it didn’t end there.

A false start on the ensuing play pushed the Lions back five more yards.

Durant completed a 12-yard pass on the next play and had an incompletion on third down, bringing them to a punt on fourth as they needed to pick up more than 50 to move the chains.

Each season provides memorable moments for a program. This one is certainly memorable.

The Lions eventually fell, 33-0, to Broken Bow and are preparing to face two tough roads game to open district play – at McAlester and at Coweta.

But it is unlikely they will face as a tough a challenge in any series of downs for the remainder of the year quite a daunting as what they saw in needing to get to the opponent’s 24-yard-line from their own 10.