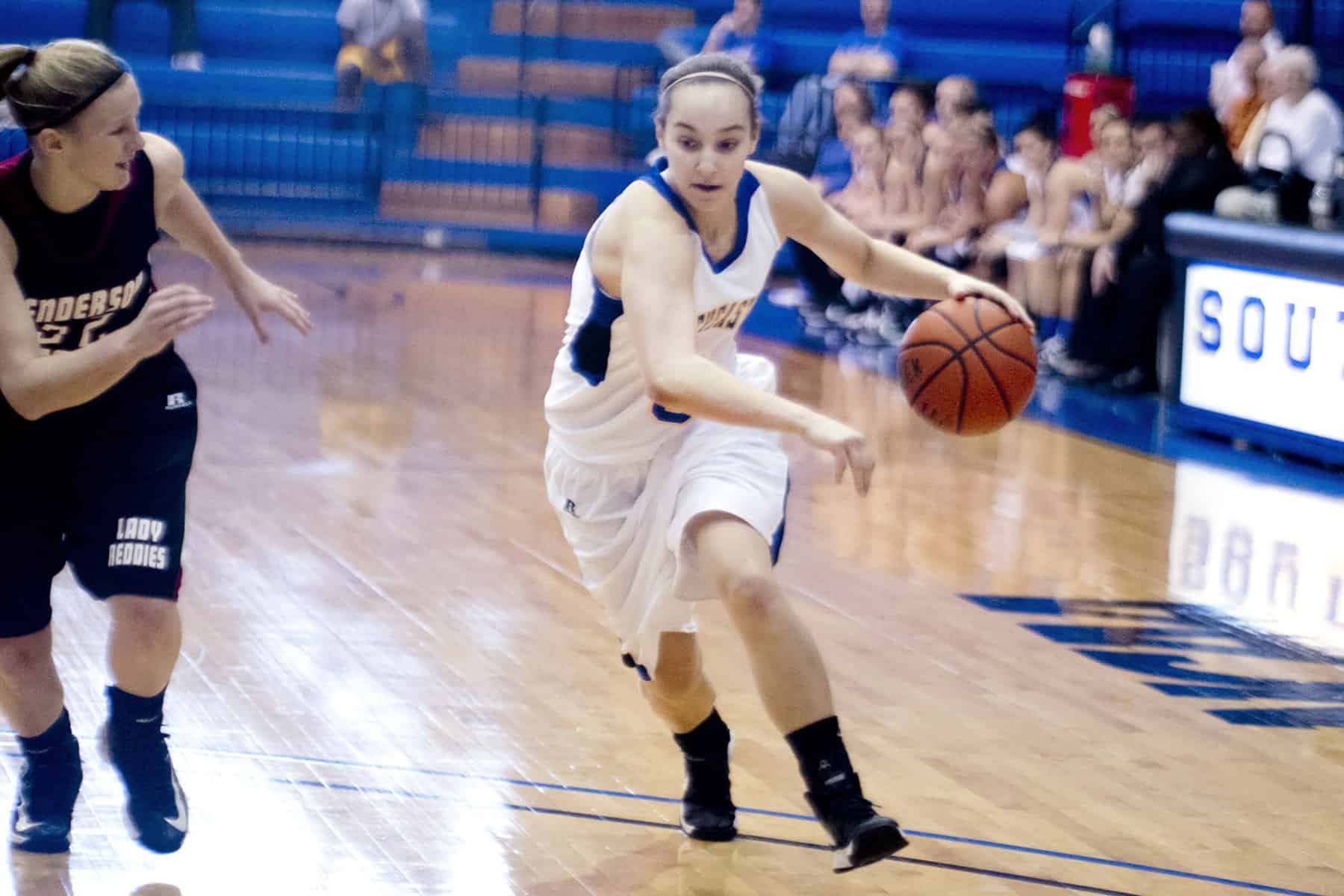 Cheree Kiser came off the bench and sparked  a run in the early in the second half to help Southeastern break a three-game slide.  The Savage Storm beat Henderson State on Saturday, 74-65, in Bloomer Sullivan Arena.

The Lady Reddies had been keeping SOSU at bay, but midway through the second half Kiser drained a long three-pointer to give her team a 49-48 lead and Southeastern never trailed again.  Kiser then put in two more from behind the arc and eight points total in a 12-4 Storm run that extended the advantage to 61-52.

Kiser had a game high 20 points on 7-of-9 shooting from the field.  She was 3-for-3 from the three-point line.

Southeastern head coach Darin Grover was pleased with what he saw from the sophomore.

“What a great job,” Grover said.  “She just gets more and more consistent.  She plays so smoothly and so relaxed.”

Henderson State (10-9, 5-8 GAC)  scored the first six points of the game and held the lead until the intermission.  The Lady Reddies led by 10 at 29-19, but Southeastern ended the first half on a 13-3 run and the game was knotted at 32 apiece at the break.

Bailey Welch had 15 points for the Storm and was perfect in 10 attempts from the free throw line.  Haley Schafer had 10 points and nine rebounds.

Destiny Smith had eight points and 18 boards in the loss for HSU.  Four Lady Reddies scored in double figures.

Southeastern next plays at Arkansas-Monticello on Thursday at 5:30 p.m.