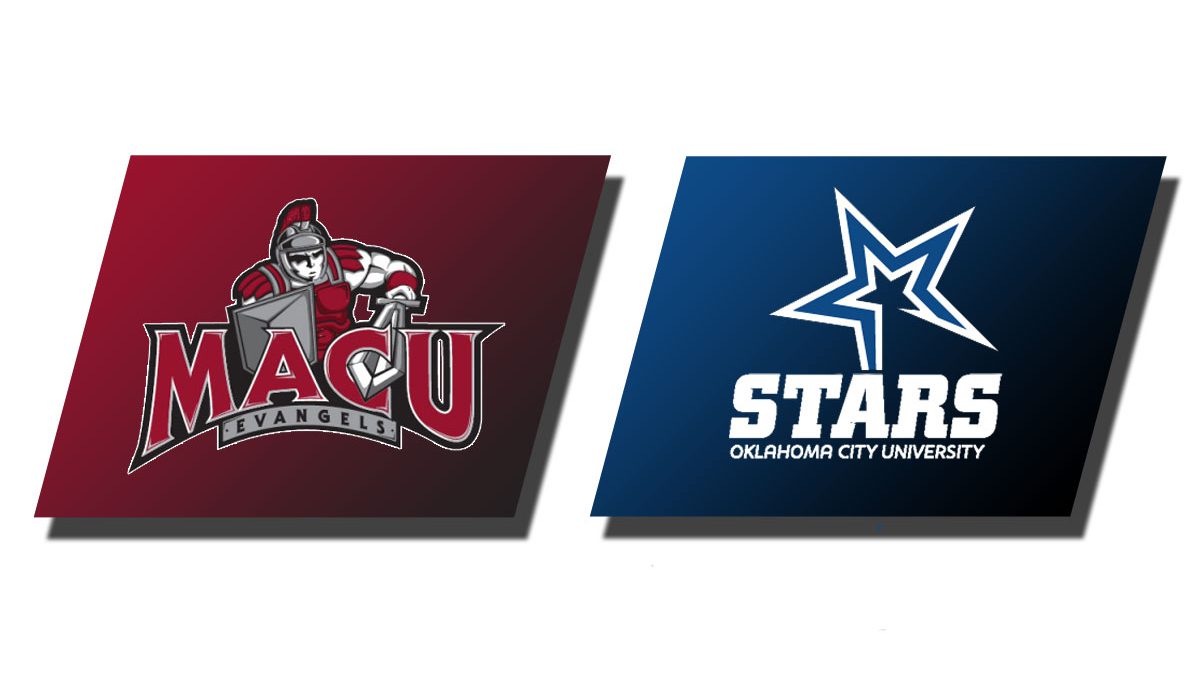 OCU, ranked 12th  in NAIA Division I women’s basketball, improved to 19-2 overall and 12-1 in Sooner Athletic Conference play, while Mid-America Christian, who is receiving votes dropped to 14-5 overall and 8-5 in the SAC.

“Well I thought we had a really good plan and I think our players executed it very well, head coach Bo Overton said. “It’s just our length inside that is keeping people from getting easy layups and I think the key today was just not fouling. We wanted to make MACU earn it. It’s a good win, they are a good team and the thing about MACU is they just play so hard. As we prepared for this game I warned the girls and during the game I kept telling our girls they’re coming and we’ve got to match it and I think there were a couple of lapses that they played harder than we did. “

Oklahoma City jumped on the Lady Evangels early, creating a seven-point lead midway through the first quarter. The Stars forced Mid-America Christian into tough shots, holding their opponent to just 37.5 percent from the field and 2-of-11 from 3-point range in the first half. MACU ended the first half on a 16-11 run, cutting OCU’s lead to 41-31 at the break.

Brennyn Seagler sparked the Stars on offense, going for 12 points on 3-of-4 shooting from the floor, 2-for-2 from beyond the arc and 2-of-2 from the free throw line in the first half. Selzer and Mallory Lockhart took over scoring a combined 17 points after the break. Selzer, a freshman from Thomas, Okla., added eight rebounds, a blocked shot and a steal. Lockhart, a freshman from Keller, Texas, finished with 11 points, three rebounds and an assists, while Seagler, a junior from Gruver, Texas, tallied 13 points, with five rebounds, an assist, a block and a steal.

“With Brennyn Seagler, it is almost like when she comes into the game it just calms everyone down. She is so calm and so skilled with the ball, she settles everyone down. I have to beg her to shoot the ball she is so unselfish wanting to get people open and making good passes we have to get her more aggressive and she has done that more lately.”

The Stars kept up the defensive intensity in the second half, holding Mid-America Christian to25.0 percent from the field and 4-of-16 from beyond the arc for the game. The Evangels entered Saturday’s contest as the third highest scoring team in the NAIA Division I, but were held to under 65 points for just the second time this season.

“Taylor Sylvester is really good,” Overton said. “Not only her size and height, but she has good instinct and she really knows when and where the ball is coming from and again she does it without fouling a lot.”

OCU returns to action on Thursday for a 6 p.m. tipoff against Bacone in Muskogee, Okla.