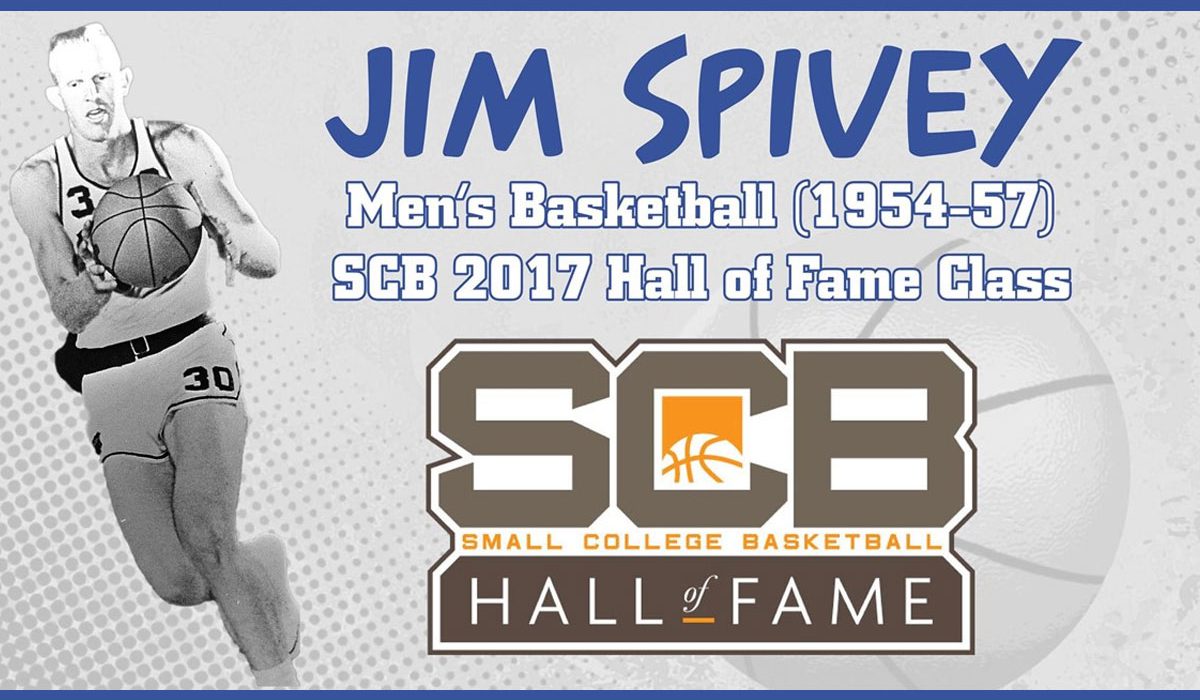 DURANT – Former Southeastern men’s basketball standout Jim Spivey (1954-57) has been inducted into the Class of 2017 Small College Basketball Hall of Fame. The SCB Hall of Fame Induction ceremony will take place on Thursday, November 2 at 6:30 p.m. at the Doubletree by Hilton in Evansville, Indiana. SCB will induct 12 new members into its elite Hall of Fame.

“It is an absolute thrill to announce the Class of 2017 for the Small College Basketball Hall of Fame,” said SCB Founder, John McCarthy. “This class represents the best of the best in the history of small college basketball, and it is with great pleasure that we announce this class.

The Small College Basketball Class of 2017 consists of the following members:

Spivey played for Coach Bloomer Sullivan and led Southeastern to four straight trips (1954-55-56-57) to the NAIA National Tournament in Kansas City. In 1955 and 1957 Southeastern reached the finals of the thirty-two team tournament.

Spivey averaged over44 points per game for five consecutive nights in the 1957 national tournament. He was selected as the Most Valuable Player in the tournament.

He set NAIA Tournament records for most free throws in one game and most career free throws. Twenty years later he was still ranked fourth in career points scored in national tournament competition and was third in scoring average per game among the scoring leaders. He was named to the NAIA All-Time Basketball Team for the period of 1952-1970.

Spivey was named to the Oklahoma Collegiate Conference All-Star team three times. He led the OCC in scoring his sophomore and junior years and missed by a single point his senior year.

He was inducted into the Southeastern Athletic Hall of Fame on January 21, 1978.

Fans may purchase tickets/tables to the Hall of Fame Induction through the following link, www.HoFClassic.com, or by calling 812-421-2212.

For more information about Small College Basketball, please visit the website at www.smallcollegebasketball.com.