SGU kicks off Opening Round with rout of Grenadiers 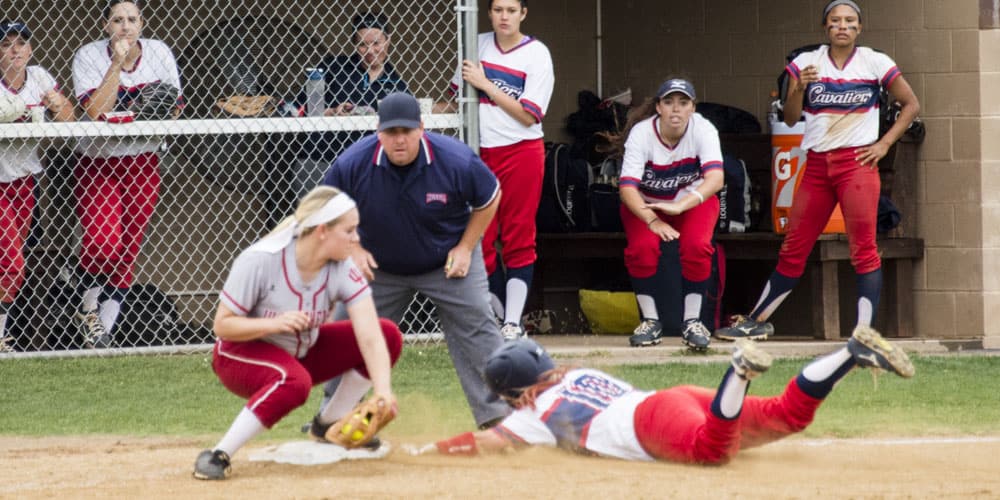 SHAWNEE – Top-seeded St. Gregory’s hit on all cylinders in a 9-0 run-rule rout of IU Southeast (Ind.) Monday on the first day of the NAIA Opening Round at Firelake.

SGU (44-5) pounded out 12 hits in the five-inning contest, led by Sutv Meely’s 3-for-3 game. She had a triple and three runs scored. The Cavs also were dominant in the circle. Ashli Hafford (10-3) shut out the Grenadiers on two hits, striking out 10 against no walks.

The designated home team didn’t take long to go on top, plating three in the first on a Sammy Leisinger sac fly, a Hafford single and a wild pitch. SGU essentially put it away with a five-run third capped by a two-RBI triple from Samantha Plott. Hafford finished the scoring with a run-scoring single in the fourth.

Meely and Hafford were two of four Cavaliers to collect multi-hit games. Katie Godfrey finished 2-for-2 with a double. Maria Mercado Contreraswas 2-for-3 with a run scored.

Caroline Cato (13-5) suffered the loss for IUS (33-18) after giving up three runs on four hits over two innings. Emily Weiss and Hannah Veit accounted for the Grenadiers’ only two hits – back-to-back singles to lead off the third inning.