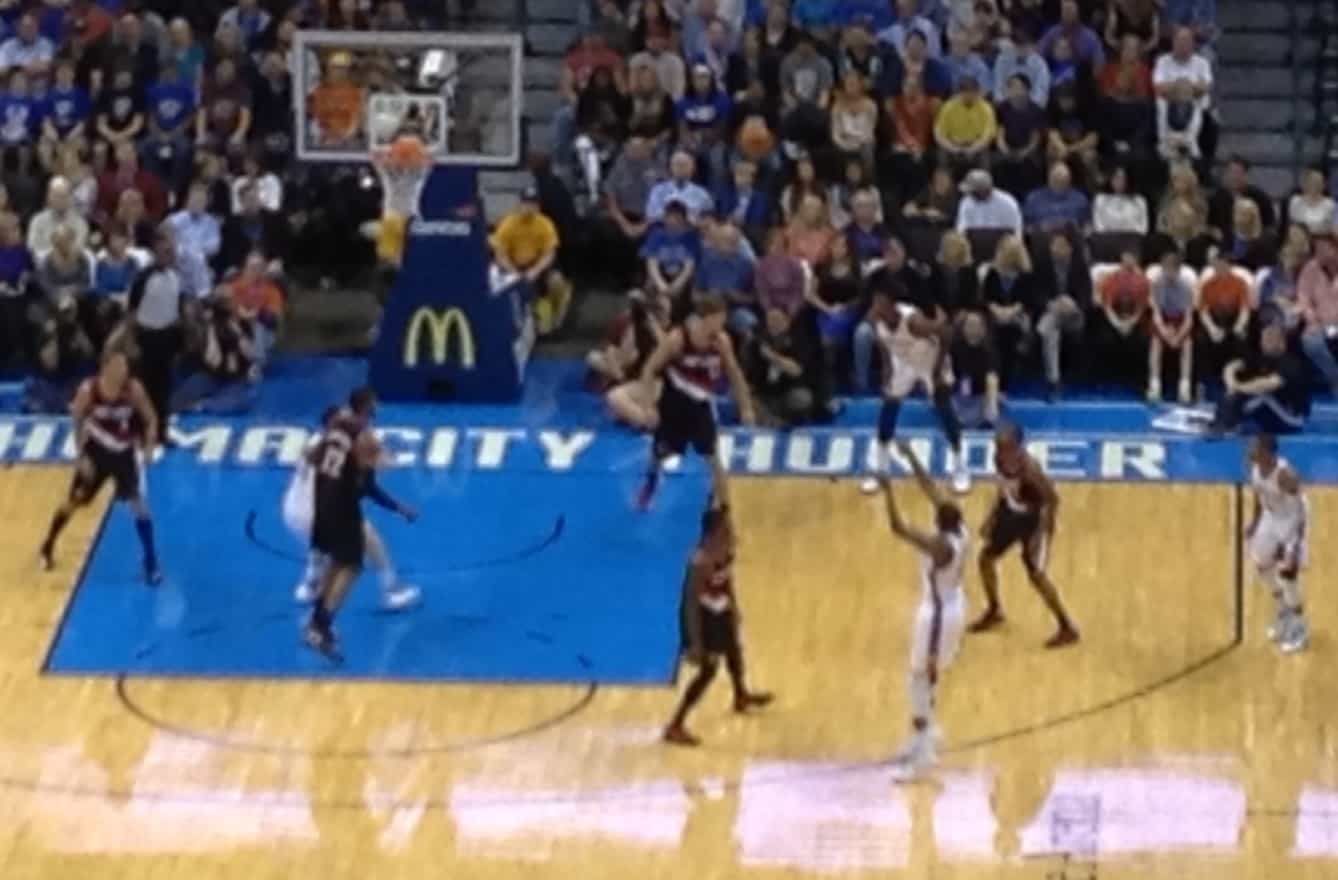 The Oklahoma City Thunder were without starters Serge Ibaka and Thabo Sefolosha on Sunday night as they continued their three-game road trip with a stop in Portland.  The Trail Blazers had won nine straight games in the Rose Garden, but Scott Brooks’s team ended that streak with an 87-83 victory.

Nick Collison and DeAndre Liggins started the game in place of Ibaka and Sefolosha, the first time the OKC has had a different starting lineup in 80 games.  While Collison has played a starting role in his career before, this was Liggins’s first career start. Both stepped up and made significant contributions on both ends of the floor to help the Thunder overcome the injuries.  Collison went 4-5 for 8 points, and Liggins went 4-6 for 11 with 9 rebounds.

Kevin Durant had another good shooting night in spite of some foul trouble, scoring 33 points on 12-21 shots.  Russell Westbrook followed with 18 points, and he almost had the triple-double with 9 assists and 8 rebounds.  Kevin Martin has been struggling offensively of late, but he made some contributions on the defensive end, which is where this game was won.  Kendrick Perkins was important in that respect, grabbing 12 boards in addition to a couple steals.

Portland was 13-1 in two-possession games coming into the evening, and they made a run in the fourth quarter to make it close after a big third quarter from Durant gave the Thunder a solid lead.  Strong defense and a few clutch free throws, however, were able to seal the win for Oklahoma City.

OKC’s road trip will conclude tomorrow night in Phoenix at 8:00 p.m. before the Thunder return to Oklahoma City to take on the Denver Nuggets on Wednesday night.