SNU locks up No. 2 seed in GAC Tournament with sweep of SWOSU 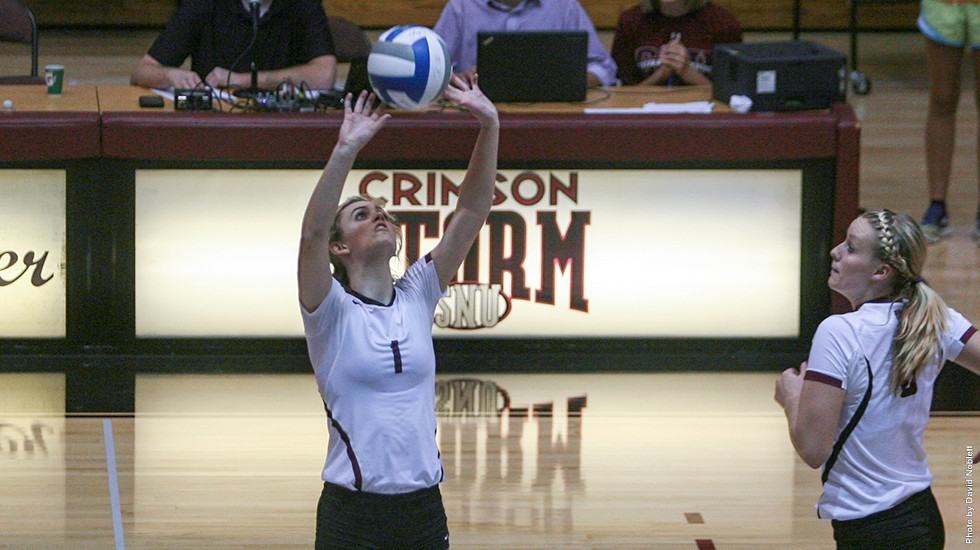 The Crimson Storm (15-15, 11-4 GAC) locked up the second seed in the Great American Conference Championships for the second straight year and guaranteed a top three finish in the regular season for the third straight year. It is also the first time SNU has been .500 or better since starting 2-1, and it is the first time this year the Storm have won three straight matches.

SNU had 11 team blocks on the night and SWOSU had just one. The Storm and Bulldogs traded five leads in the first set. Southern Nazarene trailed 19-17 late in the set when SNU went on an 8-1 run capped by a Berlin kill to take the first set home.

The Storm trailed the majority of the second set and were down by as much as four, but used a 10-4 run started by a Vought kill to take set point at 24-18. The Bulldogs cut it to 24-20 before Qualls put it away to give SNU a 2-0 lead in the match.  In the third, SNU took a 7-6 lead and never looked back to cruise for the sweep.