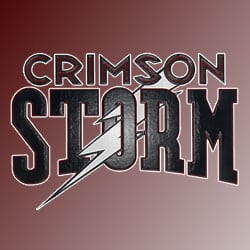 FORT SMITH, Ark. — Adam Bohac has picked up a lot of wins quickly in his career at Southern Nazarene. The fifth-year head coach can now add another milestone to his quick list of accomplishments as Bohac notched his 100th career win with an 82-79 victory over Arkansas-Fort Smith.

The 100th win couldn’t have been more exciting as SNU got a last-second 3-pointer by Quan Conner who buried one of his season-high five threes with just two seconds left to win it.

“We had a timeout left, but the shot clock was turned off,” said Bohac. “We had a high ball screen with Quan and he drove it and then stepped back and made a big three. Picking this one up on the road with a big shot in front of 1,800 people was fun. I was proud of our resiliency. This is our fifth straight road game and this was the toughest environment we’ve had in that stretch.”

“It’s fun to get that win and it’s special with so many people that are still here,” said Bohac. “Coach (Artavius) Bogan has been here for all of them and so has Jon (West). Some of these seniors have been here for most of them.  It’s all about players and we’ve had some really good players since I have been here.”

SNU led by as much as nine in the first half, but took just a 31-28 lead at the break. The two tied five times in the first 10 minutes of the second half, before the Storm broke a 54-54 tie with seven straight points to lead 61-54 with 7:07 to play. The Lions bounced back with a with an 11-2 run to lead 65-63. The Two tied four more times before SNU broke a tie at 75 with a Conner jumper and a Burford layup with 42 seconds left.

UAFS though hit a pair of free throws and then got a steal and a layup to tie it for the 12th and final time at 79 with 26 seconds left.

That just set the stage for Conner’s fifth and final trey to win it.

SNU shot 53.3 percent from the field and 63.6 percent from 3-point range, going 7-for-11. The Storm also dominated the pain scoring 46 points in the lane compared to just 32 from the Lions.

“We’ve needed to come together more,” said Bohac. “We’ve been able to that at home in previous years, but we’re facing more adversity being on the road as much as we have. Tonight was a big step in the right direction. I like where we are heading.”