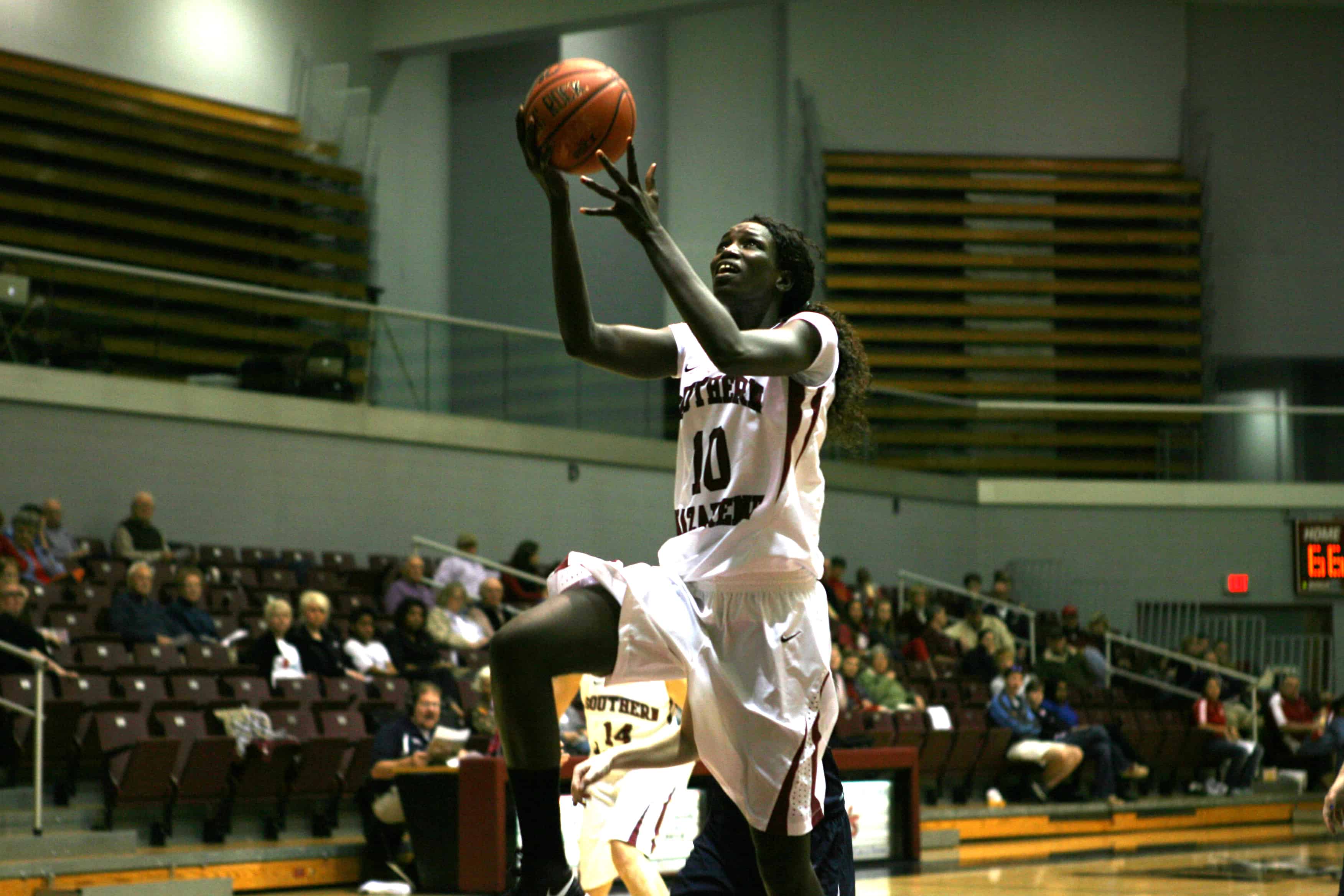 Three student-athletes from Oklahoma schools earned Player of the Week honors in their respective sports from the National Christian College Athletic Association this week.

Southern Nazarene was represented twice this week by Aminata Fall from the women’s basketball team and softballer Amy Madden.  Oklahoma Wesleyan’s Devin Harris, from the Eagles’ basketball team, also made the list.

Aminata Fall is a sophomore for the Crimson Storm.  She averaged 20 points and 15 boards in SNU wins over Southern Arkansas and Arkansas-Monticello.  With a block in each game, she raised her season total to 65 and set a new Great American Conference record.  Her 24 points against UAM was also a career best.
Fall was also named GAC Player of the Week this week, her second consecutive week to have that title.

Amy Madden is in her senior campaign for the SNU softball team.  She hit .615 this week with four home runs, nine RBIs, six runs scored, three walks, two sacrifice flies and only one strikeout.  Over that stretch she went 3-for-3 with three RBIs, one run scored  a home run in an 8-0 win over Nebraska-Kearney.  She also went 2-for-2 with two RBIs, two runs scored and two home runs along with a walk in a 4-0 win over Rockhurst.

Devin Harris is a junior from Oklahoma Wesleyan.  Last week against Haskell, Harris scored 30 points and had six assists, three boards, three steals and a blocked shot.  He went on to score 28 against Central Christian and had 16 assists in an overtime victory.  Harris capped the week by scoring 33 against College of the Ozarks, with seven assists and three rebounds.
Harris was also named the Midlands Collegiate Athletic Conference Player of the Week for his efforts.