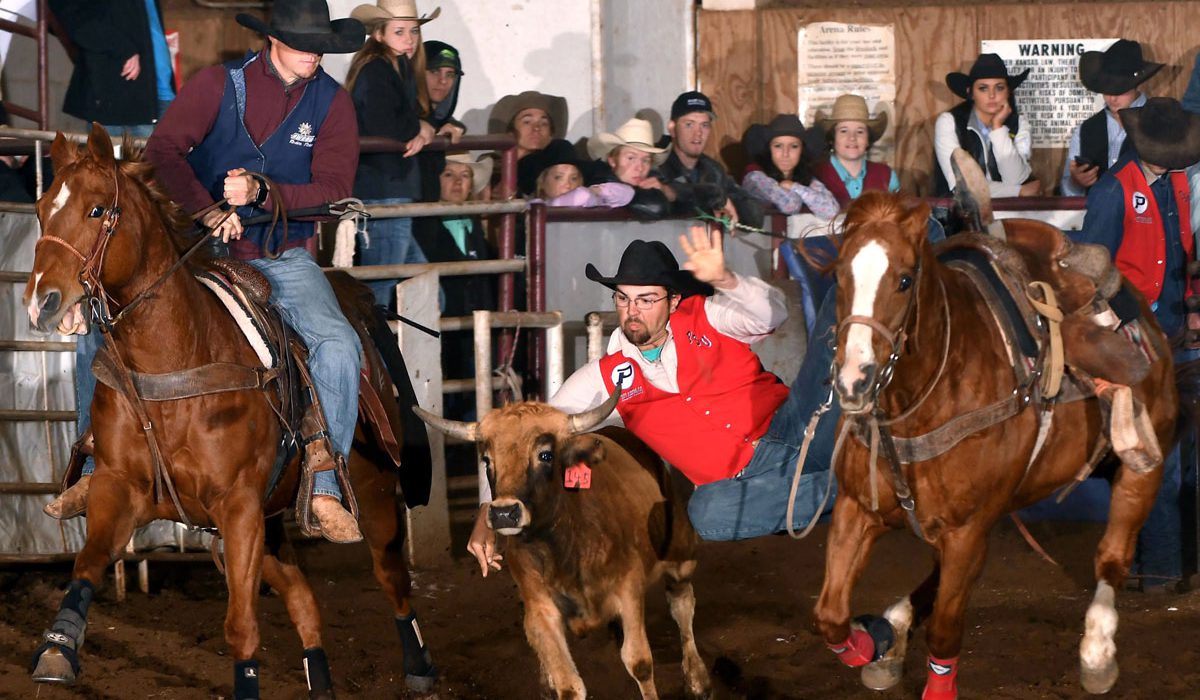 Will Carpenter split first and second in the short round in the steer wrestling this weekend at the Fort Scott Community College Rodeo. —Photo by Dale Hirschman

Fort Scott, Kan. — The Oklahoma Panhandle State University Rodeo team had a solid performance at the Fort Scott Community College rodeo this past weekend. The men’s team battled hard and captured the win and the women’s team finished the rodeo with a strong second. The Aggies had at least one student-athlete qualify for the short round in every event. Senior Randi Buchanan led the way earning the barrel racing and women’s all-around titles.

In the barrel racing, Buchanan laid down two fast runs to land herself in first place in the average. Buchanan was 12.33 seconds to finish the long round in third place. She came back on championship Sunday and clocked a 12.08 second run to win the short round and the average title. Buchanan was joined in the barrel racing by junior Melanie Roman. Roman was12.55 seconds to finish the long round in fifth place, but had some tough luck and knocked a barrel over in the short go.

In the breakaway roping, Randi Buchanan stopped the clock in 2.8 seconds to take second in the long round. Buchanan took a no time in the short round, but still managed to finish fifth in the average race. In the goat tying, Mary Frances Small was 6.9 seconds in the long round to finish sixth in the round. Small faced a little tough luck in the short go and her time was too long for her to finish in the average race.

The Aggies will have a few weeks off to regroup and prepare for the next rodeo at Garden City Community College on March 31- April 2.