Southeastern rallies for win over Oklahoma Christian in slugfest 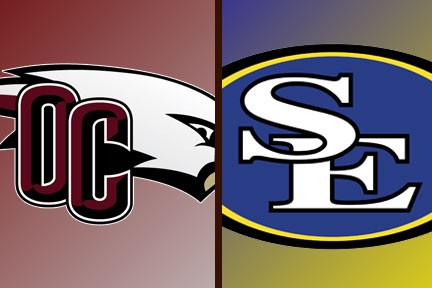 DURANT – Southeastern racked up 19 hits and rallied from a four-run ninth-inning deficit to force extra innings where it handed Oklahoma Christian its first loss, 14-13 in 10 innings on Tuesday afternoon in the home opener at The Ballpark in Durant.

The win evens the Savage Storm record at 3-3 on the season heading into a three-game weekend series with nationally ranked Angelo State Feb. 12-13 at The Ballpark in Durant.

Kaleb Thomas and Connor Counce each added a pair of hits as well, while Greg Husnander, Corban Taylor and Ty Hanson had one each.

Helms highlighted the hit parade with a grand slam to account for his four RBI, while Counce and Terwilliger each had homers as well.

Terwilliger drove in four runs as well, while Thomas, Allen and Counce each had a pair of RBI.

Cory Scheibner was tagged with a pair of runs on two hits and Brady Colbert allowed five runs on four hits with one K in 1.1 innings pitched.

Matt Benedict came on to toss the final two innings and record the win after keeping OC off the scoreboard and allowing just a pair of hits while striking out one. He moves to 1-1 on the season.

The Eagles struck first with a solo homer and an RBI double in the top of the first inning, but the Storm had an answer in the bottom of the second inning, getting on the board first with a leadoff homer by Counce and jumping out to a 5-2 lead on Helms’ grand slam to left.

OC would get a run back in the fourth, but a Terwilliger RBI double followed by a Thomas RBI single and Counce scoring on a fielder’s choice would add three runs to the score and open up an 8-3 lead after four innings.

Southeastern would stretch that lead to 9-3 on Terwilliger’s solo homer in the fifth.

SE opened the ninth with a Hanson walk and a Hunter single which forced OC to bring in its closer.

Terwilliger followed with a two-run double to cut the deficit in half at 13-11.

Two batters later Thomas would connect on a one out single to drive in Terwilliger and close the gap to 13-12.

He would move to second on a wild pitch and score one batter later on an Allen double to left to knot the score at 13-13, but the Storm rally would end there forcing extra innings.

Benedict retired the first two batters before allowing a double, but coaxed a fly out to left to end the inning unscathed.

SE picked up in the 10 where it left off the ninth as Hunter drew a walk.

He would move to second on a wild pitch and eventually third on another wild pitch after Helms drew an intentional walk.

Thomas would then pick up a walk as well to load the bases with one out, setting the table for Allen who singled to left-center to give SE the 14-13 comeback victory.