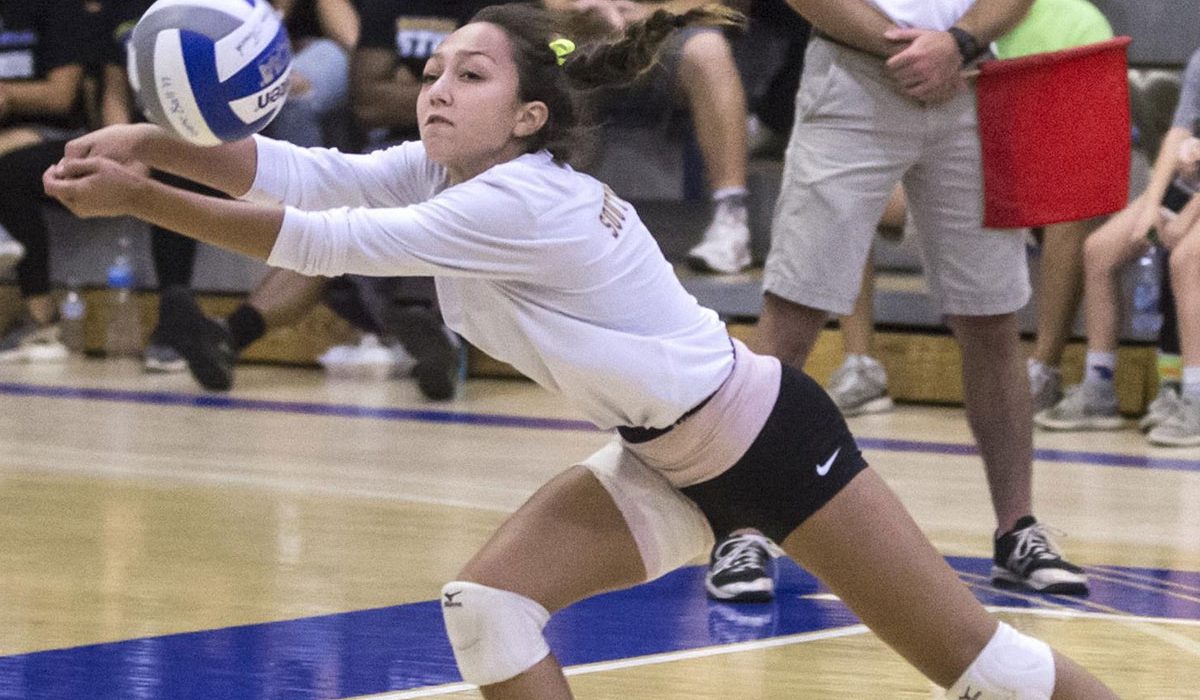 DURANT – The Southeastern volleyball team is taking a page out of the 2016 book and is back in the thick of the race for a postseason berth.

The Storm earned a five-set victory in Denton, Texas, on Saturday beating Texas Woman’s, 3-2, in an out-of-conference matchup. It’s the fourth consecutive win for the Storm, who are trying to make the eight-team field of the Great American Conference tournament.

Although Saturday’s win won’t count in the league standings, it does give momentum to a team that was struggling through the middle of the season. SE has won five of its last six, but had lost seven straight prior to this run.

Last year, the Storm won five of the last six regular season matches to clinch the final spot in the GAC Tournament as the eighth seed. The team then made a historic run in the tournament, upsetting top-seeded Harding in five sets in the opening round, followed by a win over Southwestern to make it to the championship match before falling to Southern Nazarene.

“We had a really rough start, but the girls have worked hard to get better,” Barry said. “They’ve been giving me a heart attack because I know they can play well. They’re really woking hard in their matches and finishing better.

“You know, we had several (matches) at the beginning of the year, where we were playing well and then not able to finish. Losing those matches in that way is rough. But I think they’re hungry.

“It is a lot like last year, but if the girls can step and win the matches at the end, then we’ll be happy and we can make it to the tournament.”

Defensive specialist Caitlin Cosby, a sophomore, is leading the GAC and is ninth in the nation in digs per set at 6.16. She earned the league’s honor for Defensive Player of the Week, helping the Storm to the first two wins in this run.

Also along the way, junior Abby Jameson notched career kill No. 1,000 and became the fourth SE player to hit that mark.

The Storm close the 2017 campaign with four more GAC matches and an out-of-conference tilt with Arkansas-Fort Smith as the final game of the slate.

Southeastern hosts the first three league contests at Bloomer Sullivan Gymnasium against Northwestern on Tuesday, Southern Nazarene on Thursday, and Oklahoma Baptist next Tuesday (Oct. 7). The Storm hit the road for the GAC finale at rival East Central on Oct. 9.