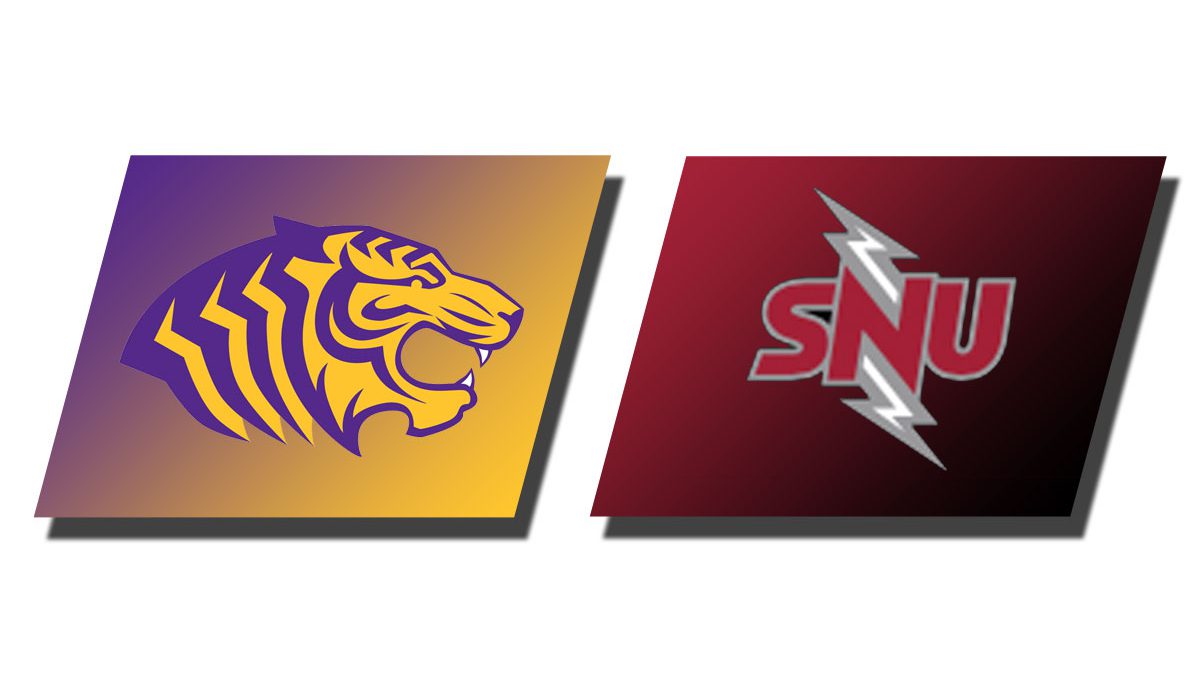 BARTLESVILLE, Okla. – Trailing by four points in the final minute of its 2019 Great American Conference Men’s Basketball Championship quarterfinal with Ouachita, top-seeded Southern Nazarene scored the game’s final seven points to pull out a 75-72 victory on Thursday from the Bruin Fieldhouse.

Jhonathan Dunn started the comeback with a pair of free throws. After Ouachita (14-13) came up empty on its ensuing trip down the court, Micah Speight hit running floater and drew a foul with 8.6 seconds remaining. He converted the free throw to give the Crimson Storm (26-5) a 73-72 advantage.

Following a timeout, the Crimson Storm defense never let the Tigers even reach half court as Quaylon Newton intercepted an errant inbounds passes and made a layup to push the lead to three. On the next possession Zach Johnson poked the ball away from Wesley Franklin to close out the contest.

The late heroics by Speight and Dunn helped offset their poor shooting performances. They combined to hit just 6-of-26 shots and missed all 11 3-point tries. Newton, meanwhile, went 8-for-9 from the floor, scored 17 points and grabbed 10 rebounds. Noah Starkey, the GAC Defensive Player of the Year, added 16 points, eight rebounds and a pair of blocked shots.

The shooting woes extended to the free-throw line. They went only 18-of-34 from the line, including 6-for-15 in the second half. Ouachita took advantage of poor free throw shooting at the end of regulation to overcome a five-point deficit in the final 50 seconds. Mahlon Martin forced overtime when he drained a 3-pointer from the top of the key with 5.6 seconds remaining.

Matthew Ward led the Tigers with 17 points. He made 5-of-10 3-pointers. Morris Talbert added 13 points and Matt Stanley scored 12.

With the victory, the Crimson Storm joined the Southeastern Oklahoma State in the semifinals for the second-straight season. Southern Nazarene will play Southern Arkansas or Henderson State at 5:45 p.m. on Saturday. Southern Nazarene swept the two regular-season meetings against both potential foes.