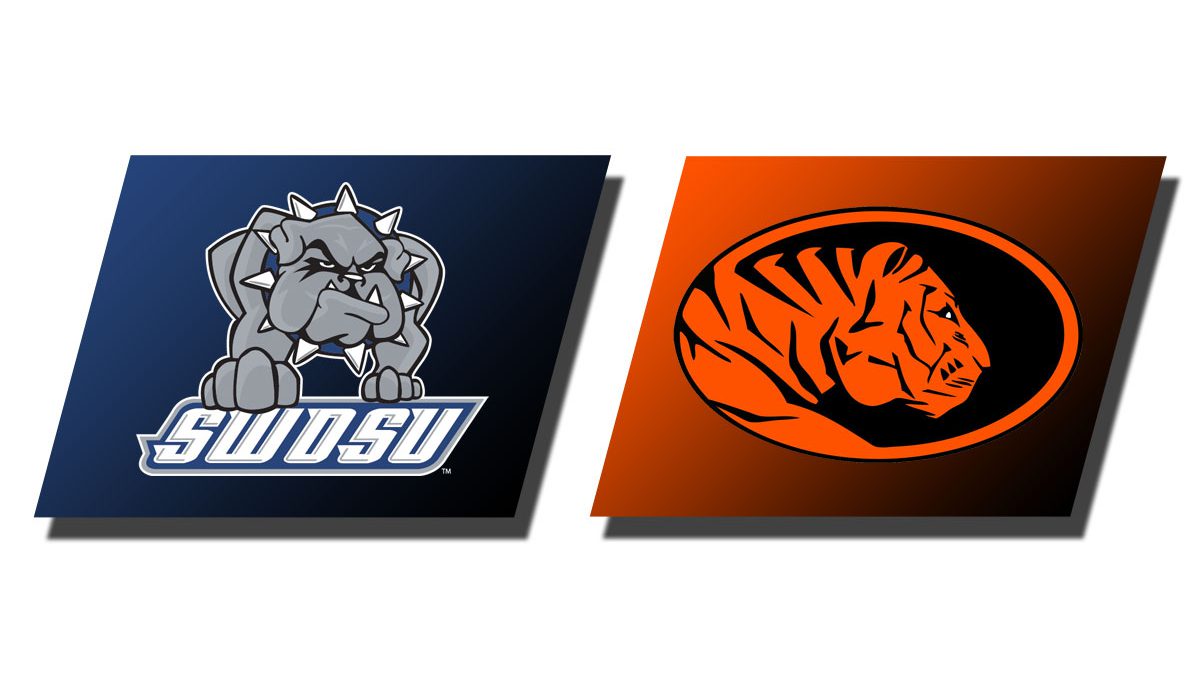 ADA – The SWOSU Women’s Basketball team used a strong second-half surge to defeat East Central, 79-76, on Thursday night for their first conference win of the season.

The dynamic duo of Hailey Tucker and Hayden Priddy led the charge for SWOSU, as Tucker scored 11 of her 18 points on the night in the second half of play, including a big three late in the fourth. Priddy did most of her scoring in the second half, tallying 14 of her 17 points after the intermission, including several key free throws that helped seal the game down the stretch.

The Lady Bulldogs held a 12-4 lead to start the game, but the Tigers rallied back and took a 14-13 lead at the end of the first quarter. East Central saw their lead grow to 10 points in the second quarter, before Tyra Aska made her presence felt in the second quarter, knocking down three big three pointers to cut the defiti to four going into the halftime break.

SWOSU began to turn things around in the third quarter, outscoring East Central 19-17 to bring the lead to two points with 10 minutes to play. The Lady Dawgs took the lead midway through the fourth quarter, starting the back-and-forth affair with each team taking a turn with the lead in the final minutes. SWOSU eventually secured the lead, hanging on through a late push by the Tigers with several key free throws by Priddy.

For the second consecutive game, SWOSU had five players score in double figures. Tucker and Priddy combined for 35 points in the contest with Tucker leading the way with 18 points, three rebounds, three assists and two steals while Priddy chipped in 17 points along with four rebounds and a career-high four blocked shots.

Aska totaled 15 points in the game while Taylor Hedrick pitched in 11 points and four assists and Dovile Strimaitye had her highest-scoring game as a Lady Dawg with 10 points to go along with two rebounds and one steal. Bethany Franks had six points and a team-leading six rebounds.

SWOSU, now 4-1 on the year and 1-0 in league play, will return to the floor on Saturday (Dec. 1) as they host Southeastern Oklahoma State at 1:00 pm inside the Pioneer Cellular Event Center.