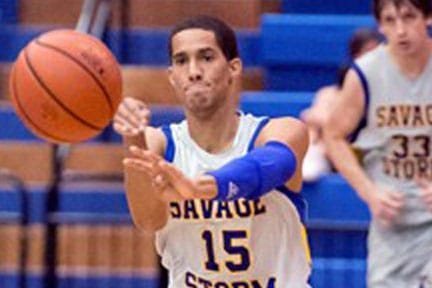 WEATHERFORD, Okla. – Southeastern suffered through foul trouble and a first half they would like to forget as Southwestern Oklahoma State handed the Savage Storm a 96-74 loss on Thursday night in Weatherford, Okla.

The loss drops SE to 5-8 overall on the year and 3-4 in Great American Conference play heading into Saturday’s 2 p.m. meeting with Northwestern Oklahoma State in Alva, Okla.

Emily Williams led the way for the Storm, matching a game high with 19 points on a 5-of-8 shooting performance coupled with a 9-of-11 mark from the free throw line.

Haley Schaefer was the only other SE player in double-figures and finished with 11 points.

Schaefer turned in a team-high nine rebounds as the Storm held a 47-to-46 advantage on the glass in the game.

“Ugly,” said head coach Darin Grover about Thursday’s game. “It came down to simply guarding one-on-one and we didn’t really do that very well, especially in the first half.  They got to the basket and they finished shots, and we didn’t.  They made plays and we didn’t make plays.”

The game boiled down to a brutal first half that saw the team’s at different ends of the spectrum where nothing went right for SE and the Bulldogs could not miss.

In that half, Southeastern finished with a 17.2 percent shooting effort that encompassed an 0-for-10 mark from behind the arc.  An 18-of-19 effort from the charity stripe buoyed the offense, however the team committed 15 turnovers and was whistled for 16 fouls in the half to stifle any momentum they tried to build.

In stark contrast, SWOSU shot 57.6 percent from the field, including a 45.0 percent mark from long range, and had three players in double-digits after running out to a 57-28 lead at intermission.

The Savage Storm recovered in the second half, but started in such a hole that outscoring the Bulldogs by a modest 46-39 did little to mount a rally and set the final score at 96-74.

In the second frame, Williams turned in 17 of her 19 points and SE posted a 41.7 percent shooting effort and hit 4-of-9 from three-point range, while holding SWOSU to a 28.6 percent shooting performance.

However, when the dust settled on the contest, Southeastern had two players foul out to the Bulldog’s one and the teams combined to shoot 78 free throws while being whistled for a combined 59 fouls.

WEATHERFORD, Okla. – Turnovers negated a better-than-50 percent shooting performance by Southeastern as the Savage fell to Southwestern Oklahoma State 82-71 on the first stop of a two-game road swing on Thursday night in Weatherford, Okla.

The loss drops SE to 9-4 overall on the year and 5-2 in Great American Conference play heading into Saturday’s 4 p.m. matchup against Northwestern Oklahoma State in Alva, Okla.

The Storm had its shot working for the most part, hitting 51.0 percent from the field, but struggled from long range, hitting just 28.6 percent from behind the arc, along with their troubles moving the ball as the team piled up 25 turnovers.

“Two thing things jump out at us on the stats,” said head coachKelly Green following the game, “First, we had 25 turnovers.  They pressured us and we aren’t handling the pressure good enough.  The second thing is 17 offensive rebounds.  When we did get stops on the first shot and they would get a tip.”

SWOSU held a 17-to-8 advantage on the offensive glass and a 36-to-32 edge in overall boards.

The Bulldogs also held a big edge in trips to the free throw line where they connected on 27-of-37 attempts, compared to a 15-of-19 night from the charity stripe for the Storm.

Steven Kohli checked in with 14 points, while Travis Timmons and Mateus Oliveira each chipped in 10.

Timmons turned in his third double-double of the season by adding 10 assists across from just two turnovers.

Roussell, Oliveira and Antonio Worthy each pulled down five rebounds to lead Southeastern.

Southeastern scored first in the game on an Andris Misters‘ layup, but SWOSU would answer with a three pointer and after the teams traded buckets, the Bulldogs would eventually reel off a 10-0 run to pull ahead and lead by double-figures for much of the first half.

The Storm would maintain that momentum to open the second half and a 10-1 run would put Southeastern back in front when a Kohli layup made the score 45-43 at the 15:23 mark.

SE would eventually push out to a three point lead, but could not pull away and the Bulldogs would swipe the lead back until a Roussell layup with 9:22 to play tied the game at 58-58.

A 9-0 SWOSU run, however, would put them back in front for good.

SE would close the gap back down to five points with 3:49 to play, but the final minute-and-a-half of the contest was a free throw exhibition in which neither team missed and SWOSU would pull away for the 82-71 win.