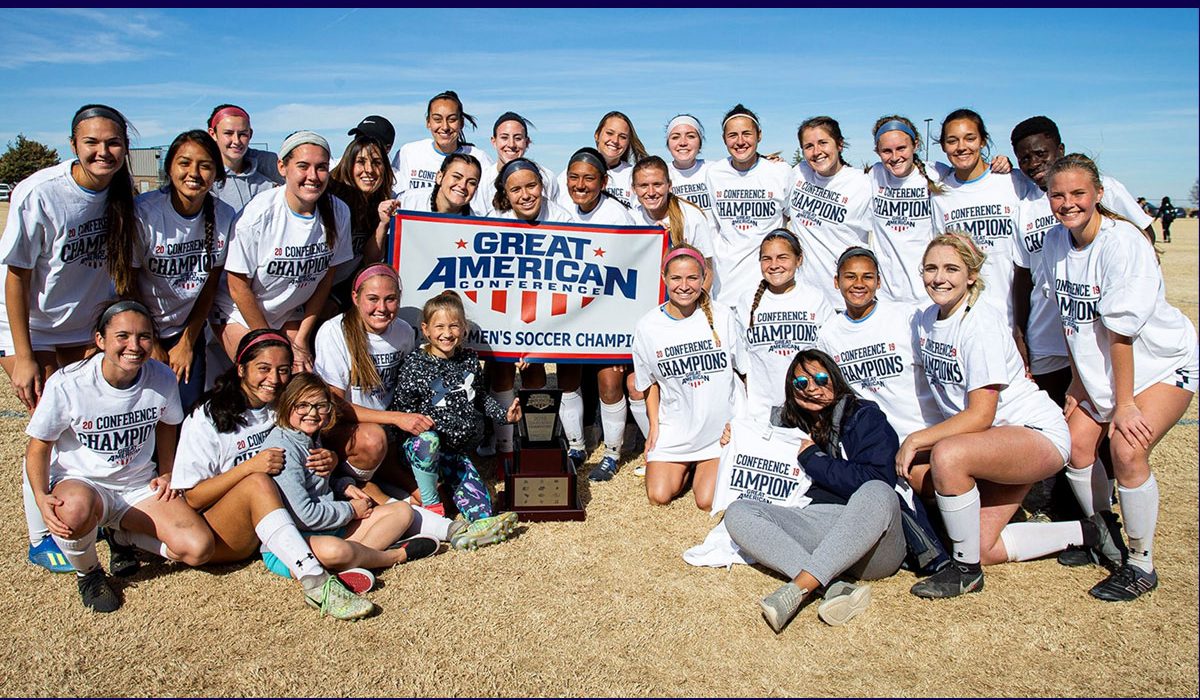 WEATHERFORD – For the fourth time in eight years and the first time since 2017, SWOSU Soccer claimed the Great American Conference Tournament Championship as they defeated Oklahoma Baptist 2-0 on Saturday afternoon at the SWOSU Athletic Complex.

Hannah Dahl assisted on both of SWOSU’s goals, setting up Sandra Nabweteme in the first half and allowing the GAC Offensive Player of the Year to beat OBU’s keeper for the 1-0 lead in the 29th minute. The Bulldogs maintained the 1-0 lead into halftime and until Dahl played the ball in from midfield and found GAC Freshman of the Year Brenna McGuirk, who did the rest and put in the goal to make it 2-0.

Each team had 14 shot attempts in the goal, with SWOSU putting two of their six on-goal attempts into the net while OBU had seven shots on goal but they were unable to beat Kirstyn Dill, who battled injury for a second straight shutout.

Five Bulldogs earned a selection to the All-Tournament Team, with freshmen Kirstyn Dill, Hannah Dahl, Elizabeth Moreno and Claire Torry all earning the honor in their first tournament appearance. The Tournament MVP was SWOSU’s Sandra Nabweteme, who scored a goal in each tournament game to lead her team to the championship.

SWOSU now adds 2019 to their list of previous GAC Tournament Championships, joining 2012, 2013 and 2017 and they are assured of a third NCAA Division II National Tournament appearance, which they’ve previously accomplished in 2012 and 2017. The Bulldogs will learn their postseason fate on Monday evening at 5:00 pm during the selection show on NCAA.com.