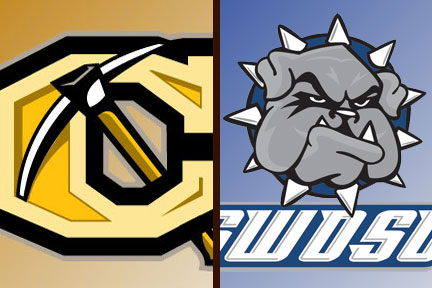 The Lady Bulldogs had a battle for shots beyond the arch in this close game against the high-shooting powers of Cameron. With the Dawgs trailing close most of the game, critical points in the fourth period put the Dawgs ahead winning the battles in the paint

Three different Lady Dawgs set season highs for points in the victory. Hailey Tucker poured in a game-high and career-high 24 points by making 8-of-17 field goal attempts, all of which were three-point shots. Korina Chapman scored 16 points in the paint with 10 rebounds reporting her first double-double of the season and Kylie Franz had a season-high 10 points on 4-for-5 shooting.

The Lady Bulldogs started off slowly in the first period scoring only 10 points in the paint by Chapman, Janae Coffee, and Franz. Tucker came out hot scoring four of her five three point shots in the first period keeping the Dawgs close behind. Cameron went on a 6-0 lead ended with a jumper from Jones followed by another three-pointer from Tucker. Jessica Penner had a total of eight points in the second period off free throws to increase the lead to SWOSU up 43-40 going into halftime.

Aside from the high scoring from the three Lady Dawgs with the new season high points, Coffee had 13 points with 7 rebounds, and Jade Jones chipped in nine points.

SWOSU (3-5, 1-3 GAC) returns to Weatherford for the final game of 2015 against Northeastern State in the Pioneer Cellular Event Center on Wednesday, December 30 at 5:30 p.m.