Special screening of “The Sandlot” at Chickasaw Bricktown Ballpark 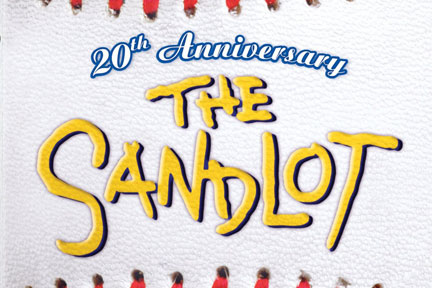 I definitely wanted to pass this along to you.

And I had a chance to visit with David Mickey Evans earlier in the week regarding this release, and it seems like a great event.

The Oklahoma City RedHawks have announced all ticket proceeds from the special screening of “The Sandlot” at Chickasaw Bricktown Ballpark on Saturday, June 1 will go toward American Red Cross disaster relief efforts in Oklahoma following this week’s devastating tornados.

“This is a great opportunity to give back to those who were affected by the tragic events earlier this week,” RedHawks President/General Manager Michael Byrnes said.

The classic baseball movie is celebrating its 20th anniversary, and Oklahoma City is one of 20 stops on a nationwide tour that will host an exclusive viewing of the film.

In addition to the movie playing on the main video board at Chickasaw Bricktown Ballpark, the film’s director and narrator David Mickey Evans will be present to introduce the film and answer fans’ questions. Special “The Sandlot” merchandise, including the special 20th anniversary Blu-ray + DVD combo pack, will be on sale.