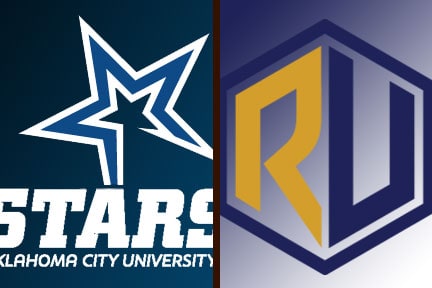 MOORE, Okla. – Oklahoma City University pulled away from Randall 90-70 on Friday at the Randall Activities Center in the Randall Classic.

Xavier Smith, a senior from Richardson, Texas, topped the Stars with 27 points. OCU, ranked fifth in NAIA Division I men’s basketball, moved to 9-0.

Smith added eight rebounds and three blocked shots. Smith shot 12-for-18 from the field and reached 27 points for the third time in four games. Terence Bonhomme, a junior from St. Martinville, La., tallied 17 points, and Syrus McDonald, a senior from Flint, Mich., produced season bests with 16 points and seven assists for OCU.

The Stars’ Tyler Alderman, a senior from Fishers, Ind., posted his first double-double of the season with 10 points, 12 rebounds, two steals and two blocks, while Lou Dunbar, a junior from Seabrook, Texas, chipped in eight points and three assists.

Oklahoma City scored at least 90 points, shot at least 50 percent from the floor and owned the rebounding advantage for the seventh time this season.

“I’m proud of the guys for figuring out a way to win tonight,” OCU coach Vinay Patel said. “Coach Mark Berokoff did a phenomenal job and threw some defenses at us that we hadn’t seen yet. We made a few adjustments at half to help our offense out, and I thought we did a better job getting out in transition. I look forward to seeing our team get back on the floor tomorrow to compete.”

Randall led 25-21 with 8:19 left in the first half. OCU seized the lead with a 7-0 run as Bonhomme scored three baskets, twice in transition. Smith’s putback gave the Stars a 38-35 halftime edge.

OCU put together a 9-0 surge early in the second half to push its lead into double digits. Dunbar ignited the run by firing in a trey, while McDonald scored on the fastbreak off Alderman’s outlet pass.
Randall sliced OCU’s lead to 70-63 with 4:37 left. The Stars mustered an 11-0 run as Smith’s transition bucket pushed the margin to 86-64 with 1:02 remaining.