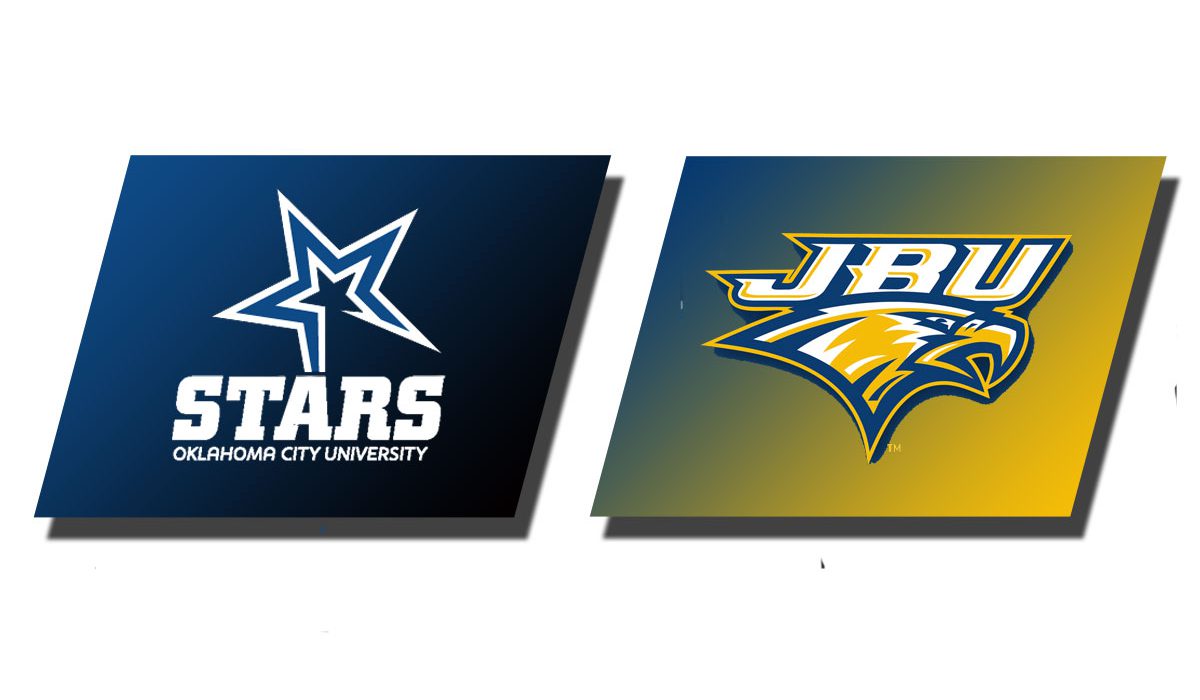 Oklahoma City, ranked eighth in the latest NAIA Division I women’s basketball poll, improved to 9-2 overall and 3-0 in the Sooner Athletic Conference. John Brown, slotted at No. 18 in the latest poll, fell to 7-4 on the year and 2-1 in the SAC. Daniela Galindo, a senior from Shattuck, Okla., finished with 16 points, eight rebounds, five assists and five steals.

“When you play John Brown here, this is what you get – you have to be very patient not only on offense but also on defense because they average 11 threes a game,” OCU head coach Bo Overton said. “We’ve been used to seeing Daniela carry us and carry us and I thought today it was great for our team to see we can win games without her scoring 30 points.”

Galindo sparked the Stars on offense with 14 of her 16 points in the first half. On the defensive end of the court, OCU kept the John Brown offense in check, forcing 11 turnovers and holding the Golden Eagles to 29.6 percent from the field and 20.0 percent from behind the arc in the first half. Oklahoma City outscored JBU 15-7 in the second quarter and led by a dozen at the break.

The Golden Eagles bounced back from their shooting slump and began the third quarter on a 12-3 run, knocking down four straight triples. OCU was unable to slow down the John Brown offense for much of the third quarter, getting outscored 23-15. JBU, the No. 1 team in NAIA Division I in 3-point percentage and 3’s made per game, buried nine treys in the second half and finished the game shooting 42.9 percent from beyond the arc.

Oklahoma City surrendered its lead for the first time all day when the Golden Eagles got a bucket with just under four and a half minutes to play, but immediately responded with a 7-3 run to regain control. The Stars tightened up on the defensive end and got a key offensive rebound from Alexis Hill with seven seconds left to secure the win.

Michaela Kay, a junior from Spokane, Wash., added 13 points for OCU. Taylor LaCour, a junior from Georgetown, Texas, supplied the Stars with 12 point and two boards. Also scoring in double figures for OCU was Brooke Irwin, who finished with 10 points and five rebounds. NaShyla Hammons had four points and a game-high 11 rebounds.

Oklahoma City returns to action on Saturday for a 3 p.m. tip against Bacone in Muskogee, Okla.

Ridell Camidge went off for a season-best 42 points and carried Oklahoma City University to a 103-95 overtime victory over John Brown (Ark.) on Saturday at Bill George Arena.

Oklahoma City, ranked 23rd in the latest NAIA Division I men’s college basketball poll, went to 8-2 on the year and 2-1 in Sooner Athletic Conference play. John Brown fell to 6-4 overall and 2-1 in SAC play. Camidge, a senior from Wilmington, N.C., finished 14-of-22 shooting and buried seven 3’s in the win.

“I thought we did a great job in the first half defending them,” OCU head coach Vinay Patel said. “I give these kids credit because they fought through a lot of adversity. Ridell got off to a great start, I thought he had one really good look early and it fell and when that happens sometimes he can do this.”

The Golden Eagles blitzed OCU in the early going of the first half, hitting three triples and jumping to a 14-4 lead five minutes into Saturday’s contest. Oklahoma City responded with a 21-5 run to regain momentum and continued to feed the hot hand of Camidge, who finished with 21 points in the game’s first 20 minutes.

JBU began the second half in attack mode and went on a 17-4 run, cutting the OCU lead to one with about 12 minutes to go. The two teams traded baskets the rest of the way, with John Brown hitting the tying shot with four seconds left. The Stars’ Terence Bonhomme hoisted up a runner at the top of the key to win the game, but the shot clanked off the rim and the game went to overtime.

OCU plays next at 5 p.m. Saturday against Bacone in Muskogee, Okla.