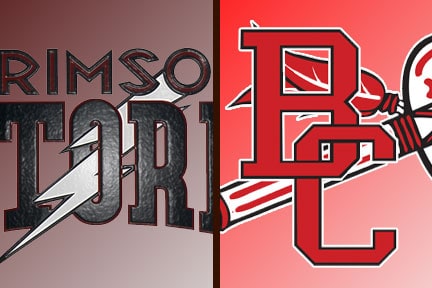 MUSKOGEE, Okla. — Sherri Collins scored back-to-back goals for Southern Nazarene in a 3-0 win over Bacone Tuesday afternoon as SNU was as hot at the 100 degree plus temperatures.

The Crimson Storm (2-1) picked up their second straight win and the first shutout of the year. SNU scored all three goals in the second half after a scoreless first half.

“I was a bit surprised that we are as in shape as we are,” said Julie Duncan. “It’s tough to keep that intensity in this heat and we looked good. Bacone was subbing eight minutes into the game. We just were able to be really physical and our depth is big right now in dealing with the heat.”

Kendra Nixon got things going just minutes into the second half when she took a pass from the reining GAC Offensive Player of the Week in Kayla Thompson and buried it in the back of the net to break the scoreless tie. Collins made it a 2-0 lead in the 65th minute when she took a through ball from Ericka Ramirez and beat the Warriors’ goalkeeper to the left side.

Collins put the game in the books in the 74th minute when she got another through ball from Kasey Throgmorton and then went one-on-one with the keeper and found the back of the net to make it 3-0.

It was Nixon’s first goal of the year while Collins scored her second and third goals of the season.

Yoli Zamarripa, the reining GAC Goalkeeper of the Week, came up with two saves as Bacone put two of its six shots on goal. It was the freshman’s first shutout of her career. The Crimson Storm put eight of its 19 shots on frame.

Southern Nazarene will now get set to play at Missouri Southern State, Saturday, at 7 p.m.