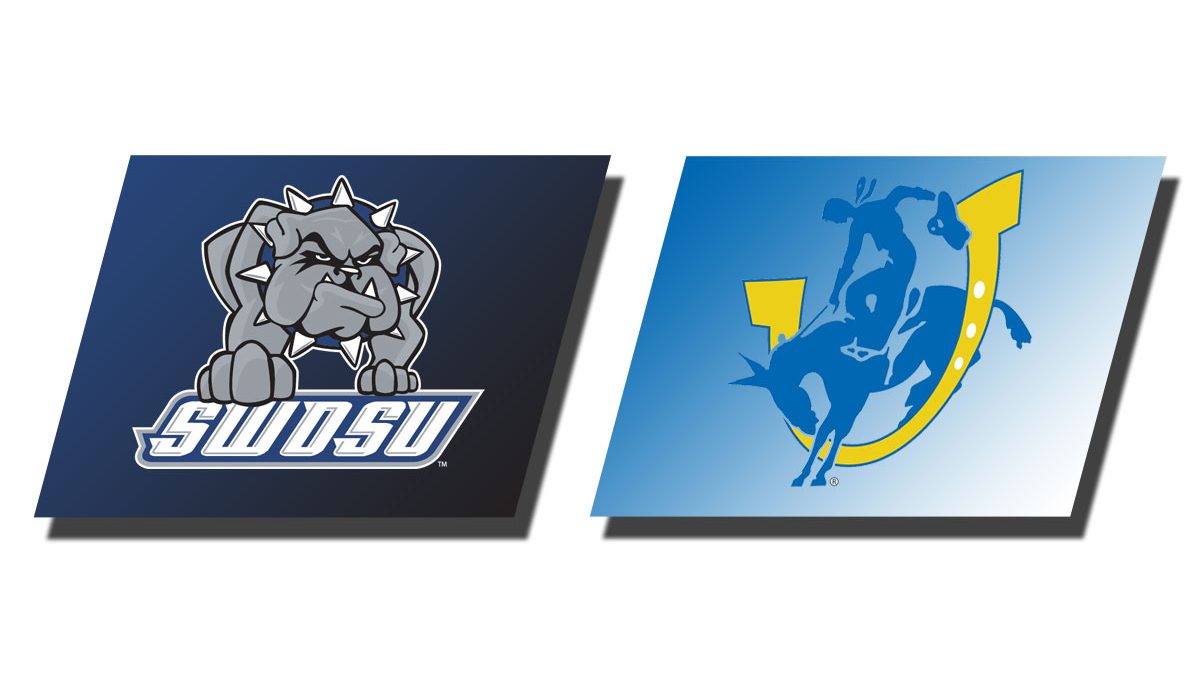 MAGNOLIA, Ark. – Despite being outscored in the final three quarters of the game, the No. 10/7 Lady Bulldogs defeated Southern Arkansas 79-72 on Thursday night for their 13th consecutive victory. SWOSU outscored the Lady Muleriders 25-10 in the opening 10 minutes which proved to be a large enough margin to earn the win.

SWOSU wasted no time opening up a double digit lead over the Lady Muleriders, rattling off a 15-0 run after trailing 4-2 early in the contest and then continued on to make the run a 22-2 mark which gave the Lady Dawgs an early 18-point lead. That run ended up being the difference at the end of the first quarter as the Lady Dawgs led by 15 points after the game’s first 10 minutes.

From the second quarter on, Southern Arkansas slowly chipped away into the SWOSU lead by outscoring the Lady Bulldogs in each of the final three quarters.

By the start of the fourth quarter, SWOSU’s lead had dwindled to single digits at 59-50. The Lady Muleriders first had their deficit push back to double digits after a small burst of scoring by the Lady Dawgs, but SAU rallied to finally get within eight points with 4:53 left in the game following a pair of free throws.

The eight point SAU deficit was the smallest deficit they faced since the first quarter when they fell victim to the large SWOSU scoring run – but the Lady Muleriders weren’t quite done.

With the game hovering between an eight and six point Bulldog lead with both teams trading baskets, Southern Arkansas finally cut the SWOSU lead to four points with 1:17 left on the clock and then trailed by five points and with possession of the ball with 13 seconds left. SAU’s Sue Key came barreling into the lane looking to score, but Penina Faumui was in position outside of the restricted area and took the charge to stop the Lady Muleriders’ scoring opportunity and get the ball back into the hands of the offense.

Southern Arkansas was then forced to foul, but it was too late and the Lady Bulldogs walked out of the W.T. Watson Center with their second victory over the Lady Muleriders this season.

As a team SWOSU finished shooting 42% from the field in the game, but struggled from beyond the arc by connecting on just 4-of-18 (22%) from deep. On the defensive end, the Lady Bulldogs held Southern Arkansas to under 35% shooting and just 16% (3-of-18) from three point land.

Hailey Tucker was SWOSU’s high scorer, finishing with 20 points, 13 rebounds, and four blocks. Tucker had already earned her 7th double-double of the season before halftime after scoring 14 points and grabbing 10 boards in the game’s first 20 minutes.

All five starters for the Lady Bulldogs finished in double figures and they accounted for all but three points SWOSU tallied in the contest. Hayden Priddy finished with 17 points and four assists, followed by Taylor Hedrick with 16 points, Tyra Aska with 12 points, and Bethany Franks with 11.

SWOSU (21-1, 16-0 GAC) will finish off their Arkansas road trip on Saturday against Arkansas-Monticello. The Lady Bulldogs and Cotton Blossoms will tipoff at 1 pm in Monticello where SWOSU will look to win their 14th straight game which is the longest in the program’s NCAA Division II history.