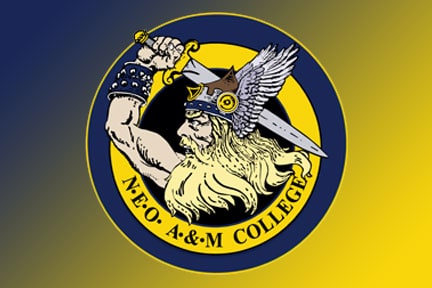 WARNER — Four of the strongest junior college basketball programs in the country collide starting at 5:30 p.m. Tuesday in Warner’s Melvin Self Field House as the Northeastern Oklahoma A&M College women and men face the Connors State College Cowgirls and Cowboys.

Both games mark the start of the 18-game Oklahoma Collegiate Athletic Conference schedule for each team.

The Lady Norse have won three straight regular season OCAC titles with a combined 50-4 record in conference play since the 2013-14 season.

Although the Cowgirls did not appear in the NJCAA preseason top 20, head coach Jamie Fisher has guided Connors to a perfect 9-0 record. Last season while serving in an interim capacity, Fisher’s Cowgirls finished 5-13 in the conference and 9-22 on the year.

“For not having a game in 11 days, I thought we played fairly well in the Conniors Classic,” Lady Norse head coach Jim Rowland said. “We did a great job of controlling the clock even though we allowed a winless Paris team (0-8) to score 69 points.

“Then we forced eight or nine backcourt turnovers in the Howard game which meant that we tightened up defensively and smothered their attempt at creating a consistent offense,” Rowland said. “We didn’t want the game to get out of hand, so we took control of the tempo from the outset.

“It was good for us to be able to play on the Connors floor those two days so our team could get familiar with the baskets,” Rowland said. “Connors is a whole lot better than they were last year and they’ve got a couple of good scorers in sophomore guard Megan Hartness (11.3) and freshmen forwards Eva Lewis (17.3) and Mikiah McDonald (11.5).

“Their guards are all athletic while McDonald and Lewis have the ability to step into the paint and keep you from getting to the basket,” Rowland said. “I feel like if we get the transition game going and lock things down defensively, then we’ll have a shot.”

When the men take to the hardwood at 7:30 p.m., the NEO Golden Norsemen enter with a 5-4 season record. The Norsemen defeated Fort Scott (Kansas) Community College 72-65 on Nov. 22 in the Greyhounds Field House.

Last year the Norsemen finished third in the OCAC with an 11-7 regular season record. After the Cowboys won the conference crown with a 16-2 record, the Golden Norsemen eliminated Connors, 89-79, in the post-season Region II Tournament semifinals.

“Notoriously a very difficult place for a visiting team to play because of the vocal student crowd they have, I think Connors will present some tough challenges for us,” Grover said. “They are a very well-coached team and have always been very consistent in what they do.

“I also believe they have a couple of things that are distinct,” Grover said. “Like I think we’re bigger inside and across our front line.

“The early part of our two seasons have been very similar,” Grover said. “Just like us, I think they lost some tough games against some solid competition.

“We’re such a young team that we are still learning how to react to difficult situations,” Grover said. ”I feel very confident that we’ll be comfortable with the environment.”