Sutton is remembered for loving his country and his family 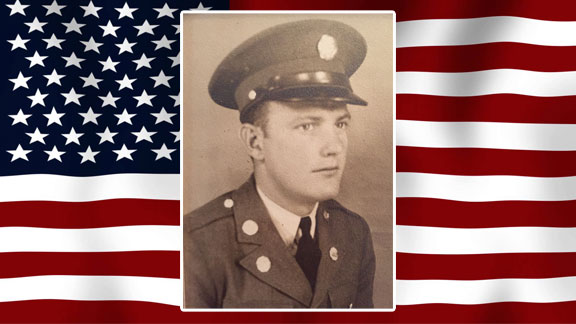 Major J.C. Sutton, who served his country honorably for 21 years, was a member of the 1939 and 1940 UCM basketball teams. Photo courtesy Sutton family.

We all just called him Bubby.

It’s a fun name given to him by his first great-granddaughter, Jacey. A fitting name for someone as kind and as fun to be around as J.C. Sutton was.

Maybe even a name at all is good for someone who went for a long period of his life with just initials.

That wouldn’t really suffice for the armed forces, and they gave him the name “Joe”.

Sutton joined the Army National Guard upon guidance from his high school superintendent in 1937. While in the Guard, he attended college at Central Missouri State Teachers College (now University of Central Missouri) and was on the basketball team.

During his two-season stint with the Mules, CMS made trips to the NAIA national tournament. The Mules had won the first two NAIA national titles in ’37 and ’38. In ’39, the team on which Sutton played made it to the Elite Eight and in ’40, his team earned a berth, but made it only to the first round.

But wartime circumstances would curtail any further athletic opportunities for Sutton.

He was a member of the 38th Division, 149th Infantry Hq. Co, Company C. He had been trained to be an officer and commanded that unit for the duration of World War II.

Sutton’s division was sent to Hawaii and then his company was sent to the Philippines. He spent his time during WWII fighting in the Pacific Theater. And the 38th was known as the “Avengers of Bataan.” 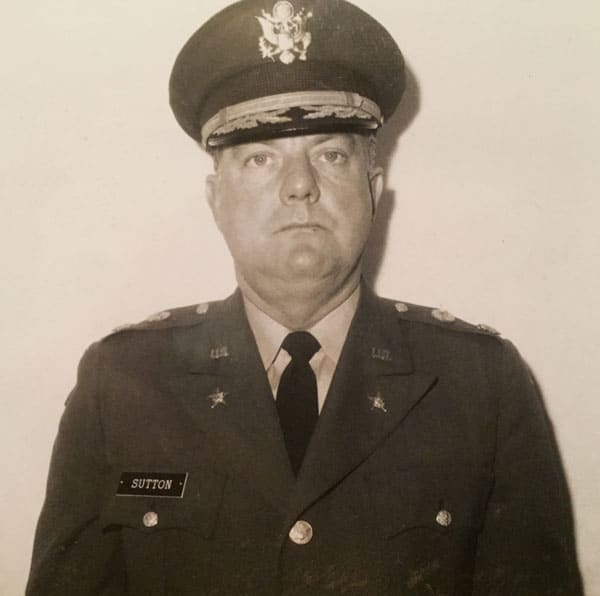 He would serve in the Leyte Gulf, Luzon, Bataan and Corregidor. And he would get a real taste of war even on his way, as his transport ship was hit by a kamikaze attack.

Sutton had gotten married to Vivian Anderson just prior to being deployed and his first daughter, Dian, was born in 1942 while he was oversees.

His unit also went to Ipo Dam, where Sutton had a Japanese general and about 120 troops to surrender.

The fighting was almost all on the ground. There were artillery and hand grenades and much hand-to-hand combat.

For his service during the War, Sutton was recognized with the Asiatic Pacific Service Medal, the Combat Infantry Badge and the Philippine Liberation Service Medal. He also received the Bronze Star Medal, given for heroic achievement, heroic service, meritorious achievement, or meritorious service in a combat zone.

He returned home to a reorganized 35th Division of the Guard in Warrensburg. Mo., and was made commander of Hq. Co. in 1947. His second daughter, Janice, was born in December 1947.

Sutton retired honorably in 1969, as a major who had served 21 years with distinction.

With new opportunities ahead and a tinkerer at heart – he loved to fix things – he studied to become an electrician and open Sutton Electric in Warrensburg.

He served as a deacon at the First Christian Church and loved to fish and hunt and play golf.

J.C. and Vivian were married for 67 years and had two daughters, five grandchildren and 14 great-grandchildren.

One of those grandchildren, Jodi, is my wife of 22 years and we are responsible for five of the great-grandchildren.

I wasn’t his grandson by birth, but he treated me as though I was.

One of my favorite memories of broadcasting sports was a trip to Warrensburg to cover the 2007 Division II Central Region basketball tournament, hosted by Central Missouri. As a color analyst for Southeastern, I was there for three games.

Bubby came to up to the UCM Multipurpose Building to see me call the regional final between the Mules and the Savage Storm. He spoke to all of his friends that were around – and there was a sea of red in a packed-out facility – about his grandson and what I was doing as a part of the game.

I don’t know who was more proud – Bubby, of me for my broadcast, or me, that he would call me his grandson.

The name Sutton is still spoken around Warrensburg and Johnson County, Mo., with respect and fondness.

And the name Bubby will always be spoken of with love.